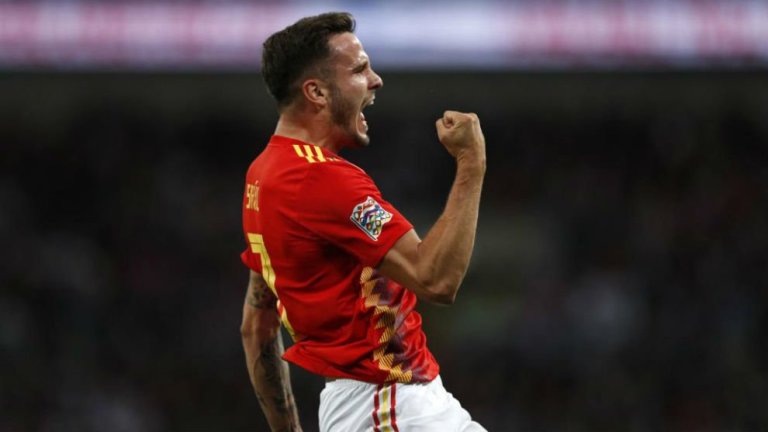 Liverpool have been linked with Spanish international Saul Niguez lately and the latest reports indicate that the Reds have moved in with an offer to sign the Atletico Madrid midfielder.

According to a report covered by Mundo Deportivo today (news image provided below), the 26-year-old is seriously looking to leave the Rojiblancos in the summer transfer window and the main reason he has not departed is because Atletico have not received a suitable offer as yet.

The Spanish news source have mentioned that without a decent bid, the reigning La Liga champions will never allow their star midfielder to leave.

MD claim that recently, Liverpool have been in the limelight and the Reds moved in with a bid of 40 million euros to sign the La Roja star. However, the reply from Atletico is negative. It is stated that the offer is insufficient for a player, whose current deal at the Wanda Metropolitano will expire in 2026 and has a mammoth exit clause of 150 million euros.

Therefore, the Colchoneros has made it clear that the offer must be improved in order to sell Saul. Mundo Deportivo have not mentioned any asking price in their article but few days back, famous outlet, El Confidencial, revealed that at least a fee of 50 million euros (£43million) would be needed to secure his signature.

Saul has been one of the most important members at the Spanish club under the management of Argentine boss Diego Simeone but last season, in the title winning campaign, his performances were inconsistent and he is no longer indispensable.

At Anfield, Liverpool have to replace Wijnaldum and a hard working player like Saul, who can effectively play in multiple midfield roles has what it takes to replace the Dutch international.

Saul has rarely scored or created goals for Atletico, mainly because Simeone likes majority of his players to defend. He has the ability to strike the ball from distance and dribble past players and Klopp can get the best out of him in a more attacking role as well.

In your view, should Liverpool spend £43million to hire his services?

Related Topics:Liverpool submit bid to sign £43million star & get reply – Report
Up Next