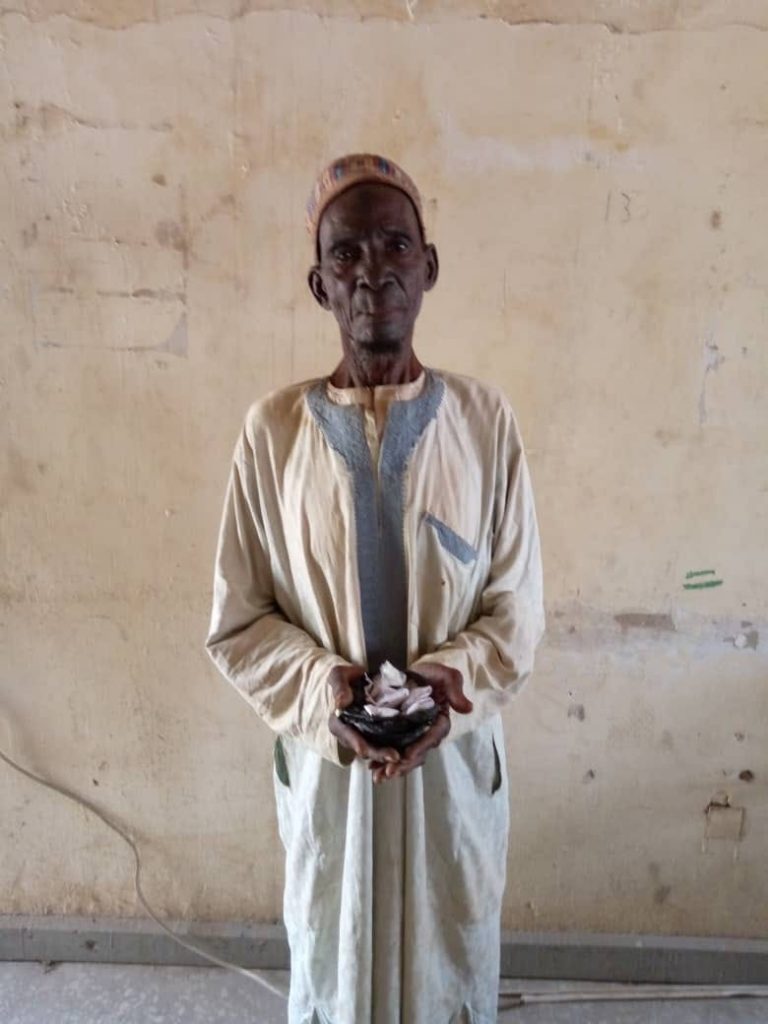 Naija News reports that Yusuf Yarkadir, a resident of Yarkadir, a community in the Rimi Local Government Area of the state was arrested on Wednesday, July 7.

Director, Media & Advocacy of the agency, Femi Babafemi, confirmed the arrest of the ninety year old man in a statement released on Friday, July 9.

Full of regrets during interrogation, Yarkadir confessed he has been In the business of selling cannabis sativa to the youths in his community for eight years due to their demand for the illegal substance.

Yarkadir though did not speak of his source of supply, he however vowed his arrest would now make him to back out of the business having tried in the past to stop the illicit trade without success.

NDLEA in another development said its Ondo state command have as well arrested two teenage siblings along with other suspects for dealing in assorted illicit drugs in the state capital.

The teenagers; Onyema Sunday, 16, and his sister, Onyema Amaka, 15, were arrested in Car street area of Akure with 1.894kilograms of Tramadol on Monday 5th July while 23-year-old Kazeem Oluyede was nabbed in Eru Oba area of the capital city with 300grams of cannabis and 3grams of methamphetamine, just as a lady Maryam Musa, 35, was arrested in Igbara-Oke, Ifedore local council area of the state with 5.5kilograms of cannabis, all same day.

Related Topics:NDLEA Arrest 90-Year-Old Selling Hard Drugs To Teens In Katsina
Up Next