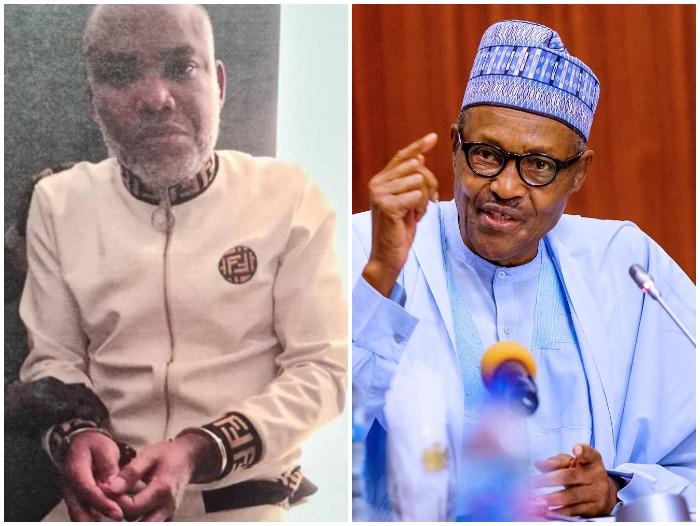 Nnamdi Kanu, leader of the Indigenous People of Biafra, IPOB, has dragged Nigeria and Kenya before an international tribunal over his rearrest and rendition.

Kanu is demanding to be restored to his initial state before rearrest.

The IPOB leader, through his counsel, Aloy Ejimakor, petitioned the African Commission on Human and Peoples Rights over his rearrest.

Kanu said he was a free man before his rearrest, hence the tribunal should restore that status.

A statement by Ejimakor said the Nigerian and Kenyan governments must give an account of the extraordinary rendition of the IPOB leader.

“A few days ago, I commenced a continental legal action against Nigeria and Kenya before the African Commission on Human and Peoples Rights, demanding accountability for the extraordinary rendition of Mazi Nnamdi Kanu.

“Both countries also have extradition laws that prohibit this sort of reprehensible conduct that saw Kanu to Nigeria.

“Particularly, extraordinary rendition is expressly prohibited under the African Charter, where It provides in pertinent part that “A State may not transfer (e.g. deport, expel, remove, extradite) an individual to the custody of another State unless it is prescribed by law and in accordance with due process and other international human rights obligations. Extraordinary rendition, or any other transfer, without due process is prohibited”.

“A victim of extraordinary rendition is entitled to remedies mandated by the Charter.

“Therefore, among many other reliefs, I requested that Kanu be restored to his state of being before the rendition, which state of being was that he travelled to Kenya on his British passport and was duly admitted as such and as a free man.

“Further, that no valid territorial jurisdiction can issue from an act of extraordinary rendition because Kanu is, technically speaking, still in Kenya.

“I also requested the Commission to adopt other urgent measures as the Commission sees fit in the circumstances to protect Nnamdi Kanu in the interim.

“Any nation that dabbles in extraordinary rendition has unwittingly brought impediments to her territorial jurisdiction. So, Nigeria, whether it admits it or not, has triggered a hornets’ nest that has, for the first time, brought the international legal order to bear on the matter of Mazi Nnamdi Kanu.”

A few weeks ago, Kanu was rearrested and repatriated from an unspecified African country.

Though the Nigerian government has been silent on the country, it is widely believed that Kanu was nabbed in Kenya.

Since his return, the IPOB leader has been in custody of the Department of State Services, DSS, following an order by Justice Binta Nyako of an Abuja Federal High Court.

On Monday, DSS, however, failed to produce Kanu in court due to logistics reason.

Against this backdrop, Justice Nyako had adjourned the matter till October.