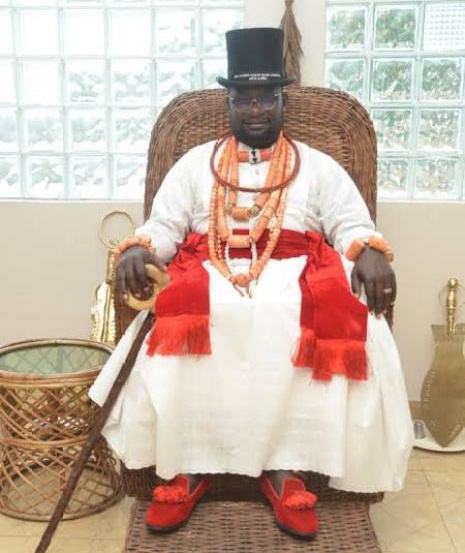 The Ologbotsere of Warri Kingdom Chief Ayirimi Emami has explained why he approached a court to challenge the process that led to emergence of Prince Tsola Emiko as Olu-designate of Warri Kingdom.

He stated it was to prevent a situation where just about anybody could be crowned the Olu of Warri.

The statement reiterated that Chief Emami is supporting laws guiding the succession to the revered Olu stool.

It added the Ologbotsere of Warri, who is the founder and patron of IRC, has kept his cool since commencement of the “current illegality” in March 2021 in the overall interest of the ancient Warri Kingdom.

“They know in their inner minds that what they have done is illegal and absolutely wrong.

“Let me make it clear that the Ologbotsere of Warri Kingdom, Chief Ayirimi Emami is not stricto senso and ab initio against the emergence of Prince Tsola Emiko as the Omoba or Olu-designate of Warri Kingdom.

“The Ologbotsere is only in unrepentant support of the extant laws of the succession of the Olu of Warri throne which is the 1979 Edict.

“The Itsekiri people are known to err only on the side of the law in all matters. This is the only sin of the incumbent Ologbotsere of Warri Kingdom, Chief Ayirimi Emami for insisting that extant laws and order should be followed as to who succeeds the 20th Warri monarch.”

He added Emami said he had to “ultimately go to court to uphold the sanctity of the Itsekiri nation and save the succession procedure of the Warri monarchical throne from being hijacked by absolute strangers,” adding “allowing this would amount to allowing stranger elements in Warri Kingdom to become the Olu of Warri”.

Efforts to get a reaction from the Warri of Olu’s palace were unsuccessful as at the time of filing this report.

Related Topics:Olu of Warri crisis: Why I went to court – Ologbotsere
Up Next

SO SAD!!! One Beheaded, Five Others Killed In Fresh Cult Clash In Delta State