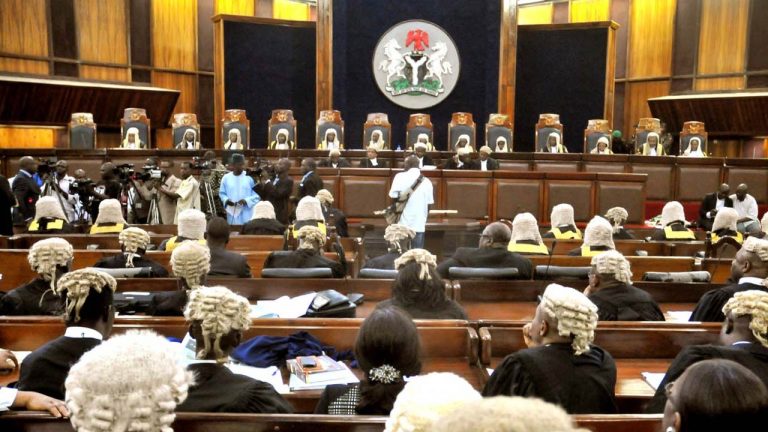 The Supreme Court has fixed July 28, 2021 to begin hearing of the case challenging the victory of Governor Rotimi Akeredolu of All Progressives Congress (APC).

TrackNews Online reports that the Independent National Electoral Commission (INEC) had declared Akeredolu the winner of the October 10, 2020 governorship election.

The candidate of the Peoples’ Democratic Party, Mr. Eyitayo Jegede had appealed the decision of the Court of Appeal that validated the election of Akeredolu in the poll.

Recall that on July 16, 2021, the Court of Appeal led by Justice Theresa Orji-Abadua had dismissed the petition filed by Jegede while affirming Akeredolu as the winner of the poll.

Not satisfied with the decision of the court, both Akeredolu, Jegede, and INEC approached the Supreme Court for the invalidation of both the Election Petition Tribunal and Appeal Court.

‘This is tough on me’ — Tiwa Savage loses dad

Photo: Identity Of One Of The 13 Policemen Killed By Bandits In Zamfara