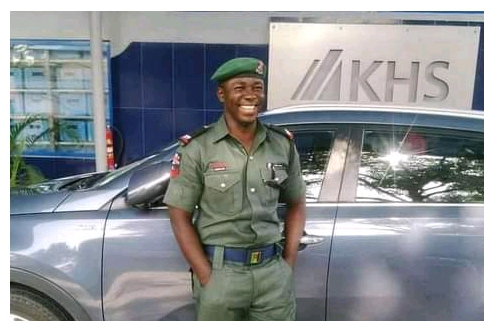 No fewer than thirteen officers of the Nigeria Police Force among others were killed recently by bandits in an attack on Kurar Mota community in Bungudu Local Government Area of Zamfara State, Naija News reports. It was gathered that the fully armed assailants had first attempted to invade a community called Magami but were repelled by men of the Nigeria Army.

They, however, reportedly withdrew after they were overpowered by the gallant soldiers there. They then rode to a community along Magami – Dankurmi – Dangulbi road and killed one person and torched four shops.

Their visit to the Kurar Mota community was, however, bloody as they attacked the police formation near the township clinic, killing scores.

“The slain officers and the injured ones were conveyed to Gusau in a convoy of police vehicles this afternoon. I saw several police vehicles move towards the area,” a resident identified as Kabir Dansada, said.

The incident happened on Sunday, July 18, TrackNews Online reports. A Facebook user identified as Moses Ebute, subsequently took to the social media platform on Monday to share a photo of the slain officer.

He wrote in the post: “Zamfara state Bandits but why you guys just d waste innocent soul in this country. Innas, it is too early to leave us. We love you and we miss you, Rip brother.” 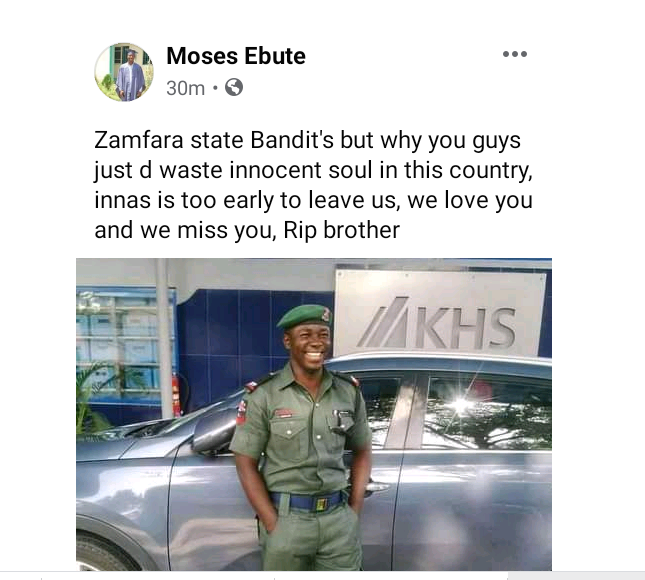 Related Topics:Photo: Identity Of One Of The 13 Policemen Killed By Bandits In Zamfara
Up Next