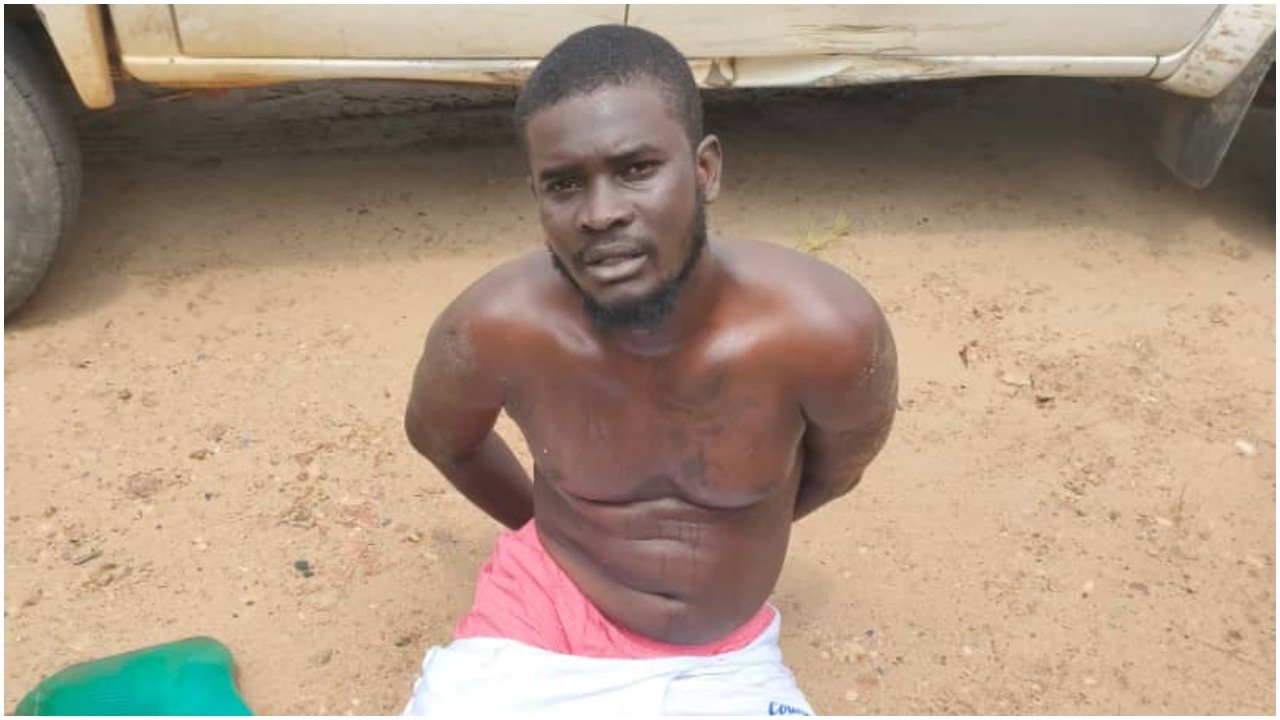 The Police also recovered a handbag containing two cut to size barrel pistols with seven cartridges from the suspect.

The suspect was arrested when the Police intercepted a Lexus 350 ES Saloon car with Reg.No. Abuja YAB 865 BP driven by him.

The Police Image maker said, “Investigation later revealed that the said suspect is a notorious cultist/kidnapper who has been on the wanted list of the Police.

Investigations are still ongoing,” he explained.

Related Topics:AmmunitionPolice arrest wanted kidnapper in Deltarecover pistol
Up Next