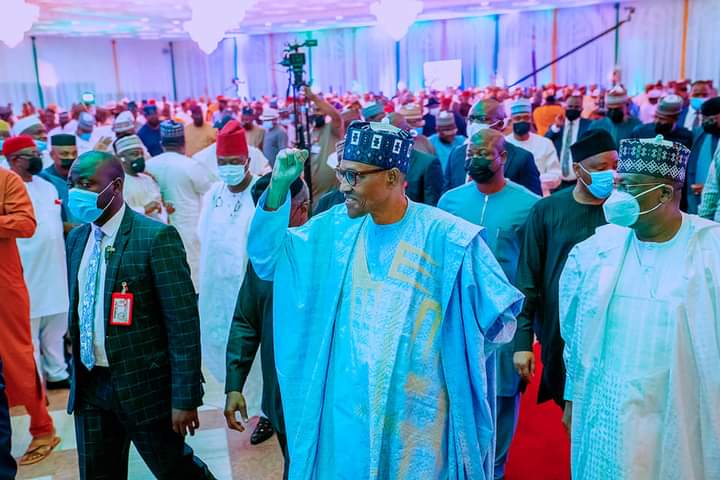 The President had on Tuesday evening attended a dinner with members of the National Assembly, held at the State House Conference Centre, Abuja.

Photos of the event posted by the Personal Assistant to President on Broadcast Media, Buhari Sallau, showed that the President arrived at the event with his mask on but later removed it inside the conference hall.

Also, photos of the event showed the President (without a mask on) interacting with Vice-President Yemi Osinbajo; Senate President, Ahmad Lawan; House of Representatives Speaker, Femi Gbajabiamila, who all had their masks tightly fitted. 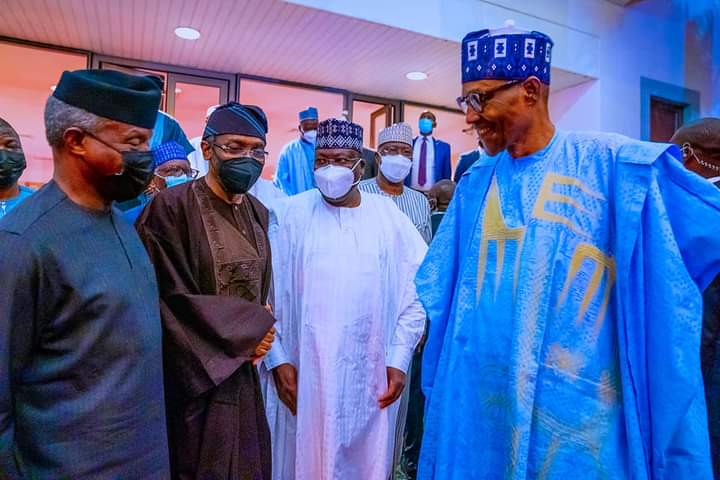 The Peoples Democratic Party and many Nigerians on social media had slammed the President for the contravention of the regulations which made the use of face masks in public places mandatory among other measures to curtail the spread of COVID-19.

The deadly Delta variant is recognised by the World Health Organisation as a variant of concern, given its increased transmissibility. 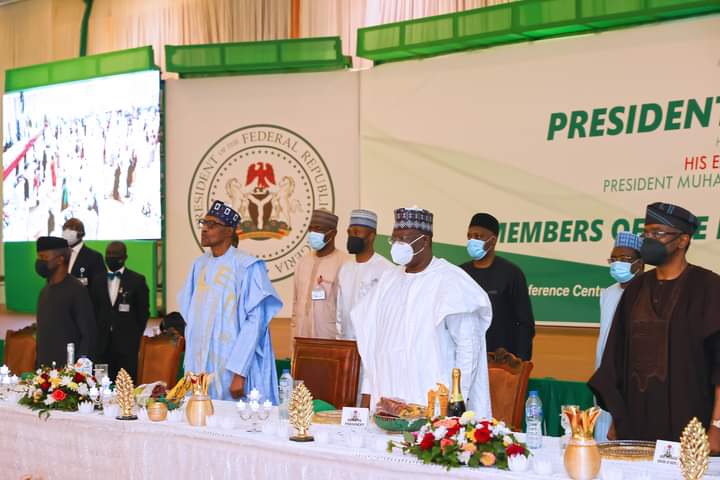 The variant has been detected in over 90 countries and is expected to spread to more countries, according to the NCDC.

Nigeria has recorded over 168,000 cases of COVID-19 and more than 2,100 associated deaths since the index case of the virus was reported in the country in March 2020, according to statistics by NCDC who continues to urge Nigerians to maintain social distancing and hygiene practices as well as use masks in public to prevent transmission of the lethal virus which has been identified to move through droplets.

Youths Must Struggle To Take Over Political Power – Akeredolu