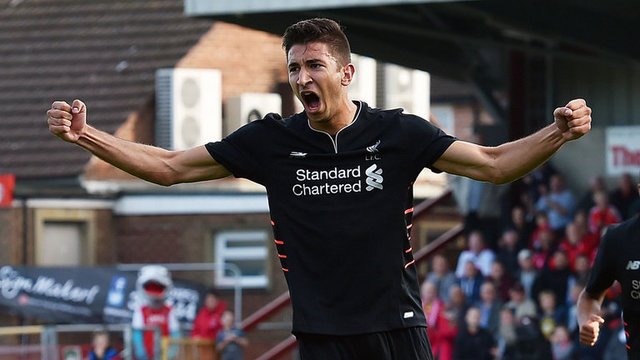 Jurgen Klopp signed for Liverpool in the middle of 2015-16 season and his first piece of transfer business was to lure Marko Grujic from Red Star Belgrade.

Unfortunately, the Serbian international has never got a fair chance at Anfield and he has spent a lot of time on loan with other clubs. Last season, he was with Porto and reports suggest that the Portuguese giants want to sign him on a permanent basis.

On the other hand, the Merseysiders are interested in luring Otavio from the Liga Nos giants and reports suggest that an exchange deal is possible.

Few days back, A Bola reported that the Reds are determined to lure the Brazilian star from the Dragons despite the fact that now he has got a release clause of 60 million euros (£51million).

Today, Correio da Manhã have covered a story and stated that the departure of Otavio to Liverpool, who want to lure the South American, could help Porto sign Grujic from the Anfield club. The 25-year-old Serbian has himself expressed his desire to sign for the Primeira Liga side and play in front of their supporters.

Moreover, Grujic heavily praised manager Sergio Conceição as well and claimed that in the years to come, the Portuguese boss will be amongst the very best coaches in the continent.

The 12-capped international scored his only goal for Liverpool in the Carabao Cup contest vs Lincoln City last season. However, he has not started a single game in the Premier League for the European giants, who must push to sell him this summer because his services are not required.

Jurgen Klopp has got more than a few options in the center of the park. The likes of Henderson and Fabinho can effectively play in the DM role. On the other hand, we have Thiago, Ox, Keita, Milner and Jones in the central midfield, but we do need a CAM.

Otavio can effectively play in the central/attacking midfield and he directly contributed in 17 goals last term. Should the Reds move to sign the £51million-rated star?