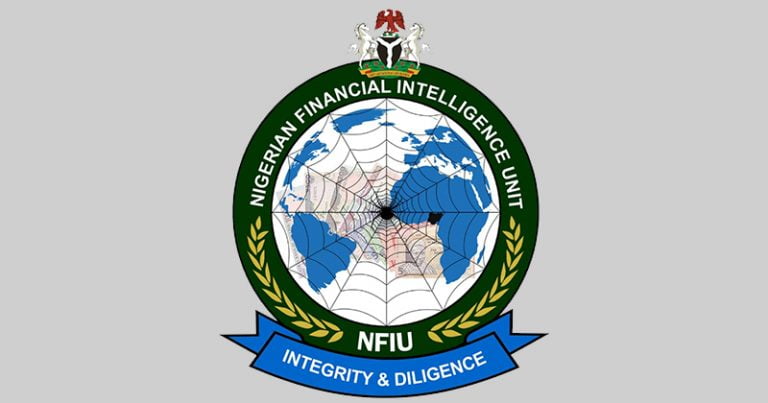 The Nigerian Financial Intelligence Unit (NFIU) has accused some politicians and government officials to stop pressuring its staff to reveal classified information.

Chief Media Analyst of the unit, Ahmed Dikko, made this known in a statement released to newsmen on Wednesday.

Dikko warned concerned persons to desist from putting illegal pressure on the unit and stop inordinate requests for information from it.

He explained that laws and standards of Nigeria only permit the unit to share information with enforcement, regulatory, Defence and Security and corresponding agencies in over 170 countries.

Dikko noted that the unit shares the information with the countries because they are also co-owners and co-controllers of intelligence and compliance processes at all Financial Intelligence Units.

“We are forced to react to attempts to introduce politics, illegal pressure on and inordinate requests for information from the NFIU.

“We had to appropriately enlighten all calibre of officers in this category to know that Intelligence Institutions of government are generally apolitical, operating within a fixed and tailored mandate.

“The Nigerian Financial Intelligence Unit is also an agency created at the heart of global best practice to support crime analysis and Intelligence building locally and internationally,” Dikko said.

Related Topics:Stop Pressuring US To Divulge Classified Information – NFIU Tells Politicians
Up Next