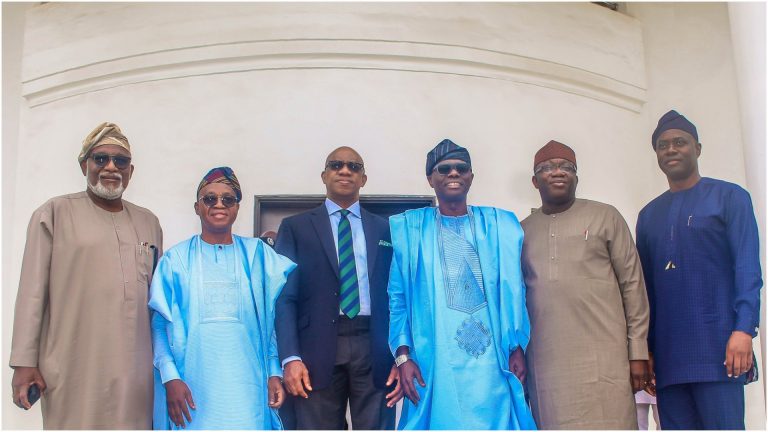 MmThe six governors in the South-West geopolitical zone have convened an emergency meeting on Friday evening over current national issues.

The source could not confirm whether the governors discussed the raid by operatives of the Department of State Services on the Ibadan residence of Yoruba activist, Sunday Adeyemo, aka Sunday Igboho.

However, it was gathered that the issue was discussed, among others.

“They are meeting but no one is sure if it is because of Igboho. There are several reasons governors can meet (on) especially in the face of the precarious situation ( in the country),” the source said.

The meeting was chaired by Akeredolu, who is the chairman of the governors’ forum in the zone.

Naija News recalls that the DSS had raided the residence of Igboho in Soka, Ibadan on Thursday morning.

After the raid, the secret police paraded 12 of Igboho’s followers in Abuja on Thursday, saying one other was being profiled.

The DSS who said two of Igboho’s guards were killed during a gun duel, declared the agitator wanted.

It said a joint team of security operatives raided Igboho’s residence early on Thursday based on an intelligence report that he was stockpiling arms.

“A team of joint security operatives raided the residence of Sunday Adeyemo at Soka in Ibadan. This was based on intelligence that he had stockpiled arms in the place,” said DSS spokesman, Peter Afunaya.

Others are three charm jackets/traditional body armour, two laptops, one Toshiba and one Compaq laptops and his passport and those of many others.