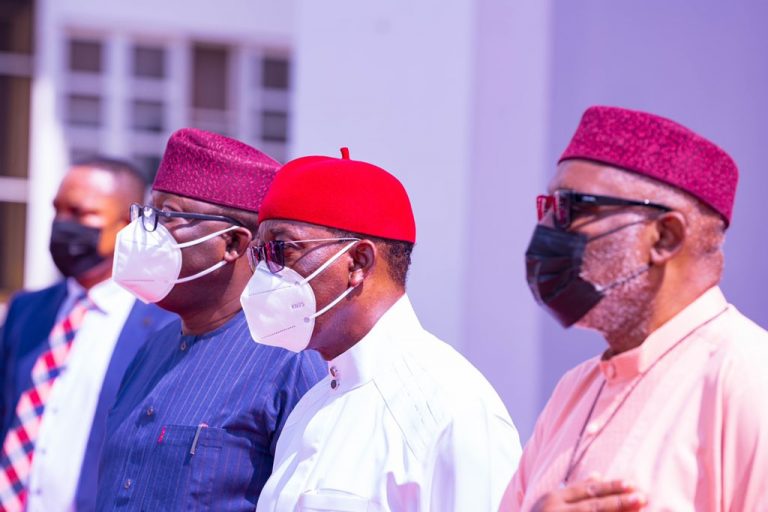 Rising from their meeting on Monday, the Southern Governors’ Forum (SGF) has demanded that security operatives must take permission from the state governor before executing any operation.

This is as they insisted that it is right because the Governor is the chief security officer of the state.

The communique read at the end of the southern governors’ meeting in Lagos by Governor Rotimi Akeredolu of Ondo was however silent on the recent arrest of Nnamdi Kanu, leader of the Indigenous Peoples of Biafra, IPOB, and the attack by DSS operatives on the Ibadan residence of Yoruba Nation agitator, Chief Sunday Adeyemo also known as Sunday Igboho.

Related Topics:Say It Must Take Permission Before Such Operations Happen AgainSunday Igboho: Southern Governors Slam FG
Up Next