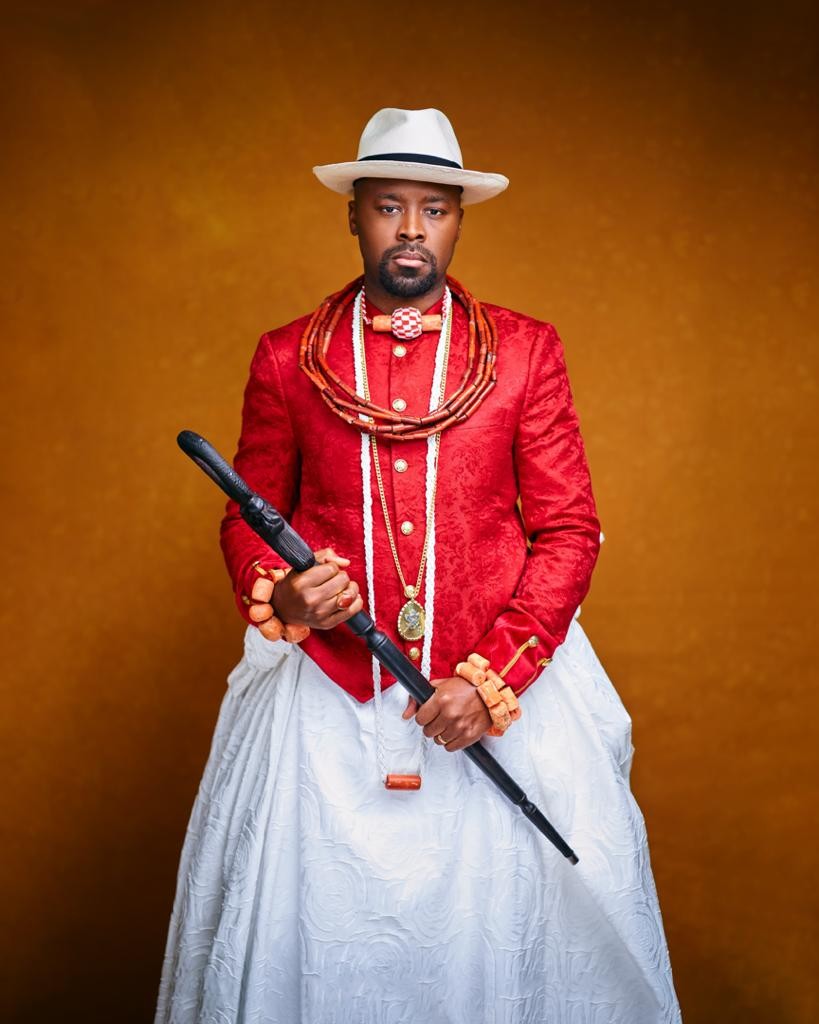 •••It is stated in Proverbs 15:33 that “The fear of the LORD is the instruction of wisdom; and before honour is humility.”•••

There is a difference between the proud and the humble; one is resisted by God while the other is given grace (James 4:6-10). There were two paths laid down for Adam and Eve in the Garden of Eden, the path of waiting on God and of taking the law in their hands (Genesis 2:16-17, 3:1-24).

One prophet wrote: I will wait on God who hides his face from the children of Israel (Isaiah 8:17).

The goal that God set before Adam and Eve was himself, but they rejected a relationship with God for self-initiated achievement, and attainment. That path led to their humiliation. They thought they were taking a path of honour but it was to death (Proverbs 14:12).

Ayiri Emami, should perhaps draw a lesson from the above and retrace his step before the ancestors of the people he thinks he has fooled for years vent their anger on him.

For years, Emami had perpetuated evil against the people of Itsekiri and abrogated, as well as arrogated to himself what is theirs.

You can fool people once, but you can’t fool them all the time. In his selfish bid to be installed the Ologbotsere of Warri, Emami did all he could, even to the extent of going against the culture of the land to achieve his aim.

To make a strong statement of the protest mission, public power and water supply at the palace were cut off by the protesters against installing Emami as Ologbotsere.

Perhaps the delicate nature of installing an Ologbotsere underscores why, in over five centuries existence of the Itsekiri monarchy, only three Ologbotseres have been installed between just two of the past 19 Olus.

According to Itsekiri scholar, Dr. Jackson Ireyefoju, “Ginuwa, who founded the throne in 1480, did not sojourn from Benin with Ologbotsere. And for 280 years, Ologbotsere was alien to Itsekiri.
Ogiame Atuwatse in his 28 years reign never installed an Ologbotsere following the death of Rewane in 1987.

For forcefully and selfishly changing the course of history with his installation in 2017, now he wants to eat his cake and have it.

Emami’s action since the demise of the immediate past Olu has shown his intention has always been to the good of himself and not to the good of the generality of Warri kingdom.

It was his (Emami) cumulative selfish activities that eventually led to his suspension as Ologbotsere in March; a title he never deserved in the first place.

The regent of Warri, Emmanuel Okotie-Eboh who announced the suspension of Emami, had accused him and others of illegally disqualifying the choice of the Ruling House, Tsola Emiko, among other allegations.

According to Okotie-Eboh, “In the last couple of months, our dear pristine and ancient kingdom of Warri, has experienced an assault on all things dear it, ranging from the traditional, customary and even regal.

“It is regrettable that our well-respected age-old throne of the Olu of Warri has been subjected to strange and deliberate machinations by a cabal of a few rascals, led by Chief Ayiri Emami, who against all odds, advise and protests by the people, was fostered on Itsekiri as Ologbotsere, of the kingdom.

“What most Itsekiri saw at the time that led to the massive protests across the land, are the things manifesting now in very audacious, but sad circumstances. Since this self-styled traditional prime minister was imposed on the kingdom, he has been riding roughshod on the people and desecrating all things dear to us.

“The Itsekiri people are a close-knit, well-organised, with well-defined succession processes to the throne of the Olu of Warri, which have been sustained over the last nearly seven centuries.

“Recently in 1979, a law was hurriedly put together by a hand few of our leaders to meet the exigencies of that time. This so-called ‘edict’ annoying as it is, was never presented to the people to discuss at a General Assembly of Itsekiri for purposes of ratification and general acceptance. But the last two Olus were crowned using this aberration, despite protests and court cases against the law each time.

“In the end, Prince Tsola Emiko was picked as the most qualified person to sit on the throne at this time. This was done only after his name was submitted to the ruling house by the majority of the descendants of the last three Olus, even in compliance with this vexatious edict.

“Recently, Chief Emami, together with two of his known friends, who he has without any sense of decency brought into the Olu’s Advisory Council s temporary members, took an irrational decision declaring that they have disqualified Prince Tsola.

“The edict does not give them such powers; they have no right whatsoever to disqualify any candidate presented to them by the Ruling House. Their only prescribed function is to summon the elders and senior officials of the ruling house and in the presence of the Regent one last time.

“This singular illegal action of disqualification threatened the relative peace in Warri kingdom and almost tore apart the very fabric of our existence.

“Chief Emami has been carrying on with a bend and fiendish mentality bordering on the suspected temporary loss of his right senses. At meetings of the council of chiefs, who have from time to time gathered to try and make him see reason, Chief Emami will shout at both the very old and not so old, and use his thugs to threaten anyone who dared oppose his jaundiced views.

“We have reached a tipping point in this matter, and before it further degenerates into mayhem, the following urgent actions are to be taken: Chief Ayiri Emami, having exhibited actions and tendencies unbecoming of the position he occupies, and having proven himself unworthy of the Ologbotsere stool, is hereby suspended from the Warri council of chiefs.

“He is to immediately step aside as the Ologbotsere and stop parading himself as such.”

Chief Emami, who a few days ago, approached the court to challenge his suspension, has further had his case and predicament compounded as some of his followers have backed out have realised that the self-styled billionaire was leading them astray.

The followers, who pleaded anonymity, accused Chief Emami of abandoning his duties as Ologbotsere and challenging his suspension in court. They also indicated interest to testify against him in court should the need arise.

One of them alleged that Emami, as Ologbotsere, failed to unite the Itsekiri people especially in their moment of grief, thereby polarising the kingdom along political lines.

“Itsekiri crown is bigger than any individual. No matter the issue, the selection of Olu had never been challenged in court by anybody. For Ologbotsere to have concluded to stop the coronation of the Omoba (Olu-designate) is a slap on us (Itsekiri).

“We have assembled prominent Itsekiri including traditional chiefs of Warri Kingdom to testify against Chief Ayiri in court. Ayiri will be surprised that even his supporters are not with him on this court issue.

“Many have withdrawn their support since he had decided to take the Ruling House to court. We are collating his sins and at the appropriate time we will surprise him,” he stated.

Another of his supporters said, “While we were mourning in Iwereland, Chief Emami was almost in every political meeting and party. We expected more from the traditional Prime Minister in moments like this, but he failed us.”

The silence of the gods does not mean they don’t exist, they only wait for the perfect opportunity to make right the wrong and that time is now.

The god’s, not the people, is fighting back.

Though known, Emami should confess his sins against the Itsekiri people and ask for forgiveness rather than his present stand.

Related Topics:Time For Ayiri To Retrace His Steps — Olu of Warri
Up Next

Abdulrazaq, Saraki Ignore Each Other At Eid Ground