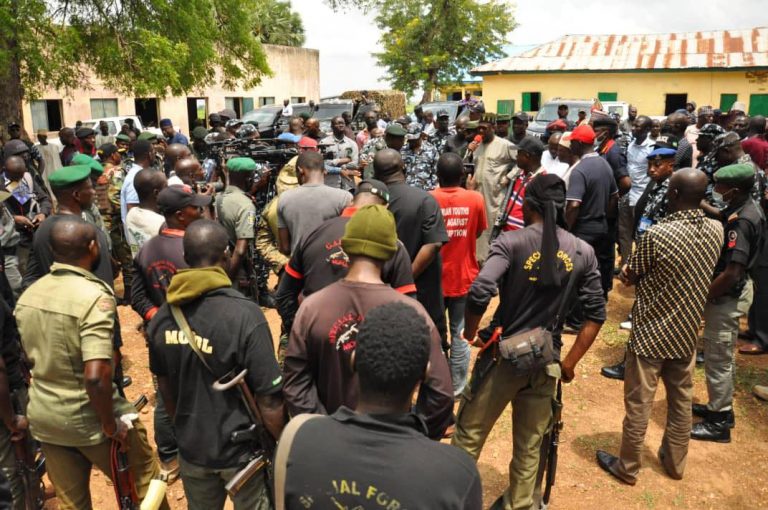 It was gathered that the bandits, who were on motorcycles, invaded the community on Saturday, but were repelled by a joint security team involving the military, police and local vigilantes.

In a statement on Sunday, Chief Press Secretary to the Niger governor, Mary Noel-Berje, said the bandits engaged the joint security operatives in a gun battle that lasted for over two hours.

According to Noel-Berje, some bandits were also killed in the attack, while others fled.

She noted that the state governor, Abubakar Bello, commended the security operatives for their efforts in repelling the attack.

The statement reads: “Governor Abubakar Sani Bello of Niger State has commended the joint security operatives stationed in Kundu village, under Rafi Local Government Area of the State, for repelling an attack by armed bandits which claimed the lives of an unspecified number of bandits and two security personnel.

“Governor Sani Bello gave the commendation when he visited the security camp at Kundu Community to commiserate with the security personnel and to cheer them up, promising to review the security situation in the area to make it better.

“Mr. Governor said he is impressed with the response by the security agents and promised to support family members of the slain personnel, pointing out that the state has enjoyed relative peace in recent times.”

While addressing the security operatives, Bello said his administration will work to restore peace in the communities.

“No place is 100 percent safe, but we will do whatever it takes to bring back relative peace. We are investing in security equipment and other logistics to help in the fight and to reduce casualty,” he said.

Related Topics:Two Dead As Bandits Attack Security Camp In Niger
Up Next