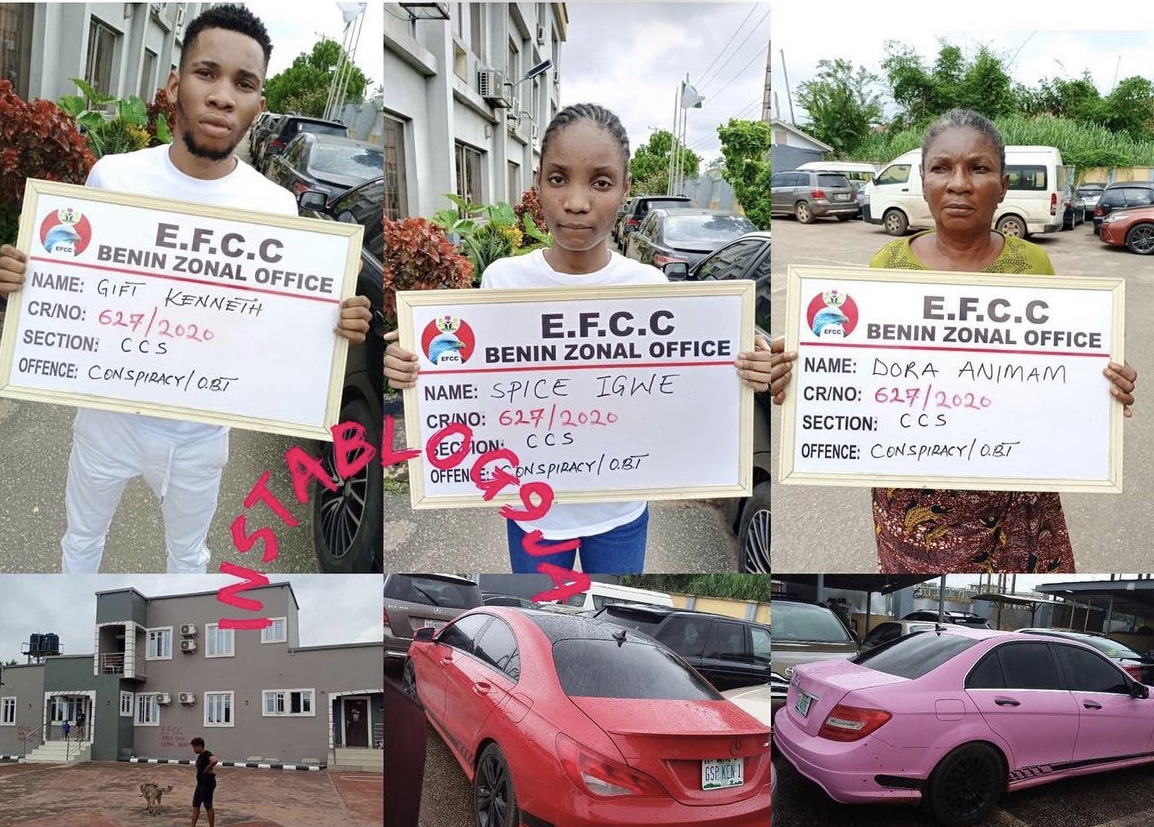 TRACKING_______GiftKenneth, a student of the University of Port Harcourt (UNIPORT), has been sentenced to jail alongside his mother and girlfriend for defrauding an American lady, Lucinda Ann Garnes Henrichson, of around $902,935 (about N371 million).

He and the two others – his mother, Dora Animam, and girlfriend, Spice Chimzi Dandy Igwe – were sentenced by Justice F. A. Olubanjo of the Federal High Court, Asaba, Delta State, on Thursday, July 22, for internet fraud.

A statement by the Head, Media and Publicity, Economic and Financial Crimes Commission (EFCC) Wilson Uwujaren said Animam and Igwe were arraigned on one count each by the Benin Zonal office of the commission for offences bordering on impersonation and obtaining by false pretences.

Kenneth was said to have disguised as one Raymond Carl Eric and in 2018 and 2019 lied to Henrichson of Texas, US, about an infrastructural investment project. This was followed by the transfer of the money through various channels – Shuaibu Abdullahi and Dora Animam’s bank accounts.

While Animam was said to have received the money with her Diamond and Access bank accounts. According to the statement, she received $166,000 from Henrichson and N27 million from Abdullahi.

A sum of N4 million was also recovered and the victim, Henrichson was refunded the sum of $4,255, recovered from Kenneth’s contractor, through the US Embassy.

Related Topics:his mom and girlfriend jailed for internet fraudUNIPORT student
Up Next