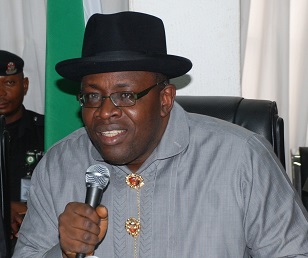 Senator Seriake Dickson representing Bayelsa West Senatorial District while speaking to some news correspondents said the 3% allocated to the host community in the Petroleum Industry Bill is unacceptable, it is insensitive and does not serve the national interest because the opportunity cost that this 2% difference will make in terms of security management of the regions and communities is not helpful to investment flow as people are portraying.

Meanwhile, the money is not coming from the Federal Government which is why I can’t understand the basis this money is to be taken out of the operation cost by International Oil Companies (IOCs) and the IOCs are not complaining yet the National Assembly pegged it at 3%. There was a time National Assembly held a conference on the host community fund but they still upheld it at 3%.

Before the consideration of the reports by the conference committee, Senator Dickson said he drew the attention of the Senate President and Senators that in all good conscience and as a result of what has happened on this host community fund; he would not sit down there during the consideration and walked out from the house. He also commended other senators who walked out with him. They did not only walked out during the consideration but also during President Buhari’s dinner when they got the report of the Conference Committee because we don’t want history to record that we were part of this obnoxious decision against the producing communities and our people. The decision is not helpful to the national course. This is a story that has just started and I hope it ends well for Nigeria, Senator Seriake stated.

The Petroleum Industry Bill is a legislation that is meant to encourage investment and regulate activities in this critical sector and we thought that this issue of percentage to the host community and other issues has not been properly handled. President Yar’Adua who initiated this legislation proposed 10% for host communities. He was a passionate man who granted amnesty to the Niger Delta Militants, established Niger Delta Ministry, and did what was best in the National Interest. President Buhari proposed 5% in the initial bill and now to divide it by half is completely insensitive and unacceptable and that was what my walking out with my colleagues underscored, Senator Dickson asserted.

Related Topics:We Staged the Walk Out so That History Will Witness Our Objection to the 3% Host Fund - Sen. Dickson
Up Next