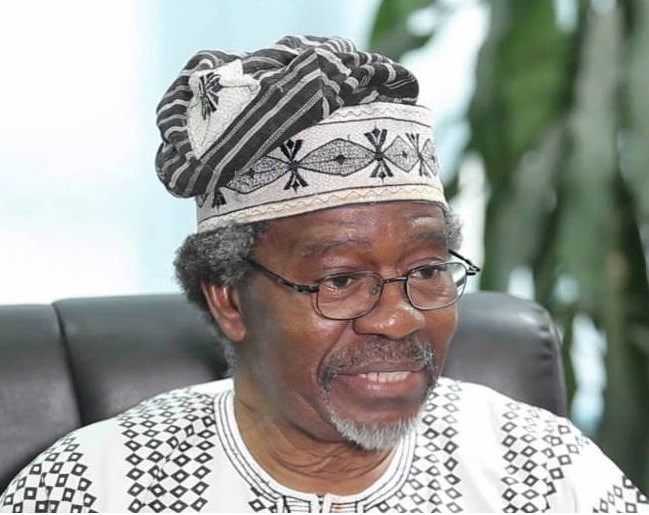 A renowned legal luminary, Professor Akin Oyebode, has revealed why the North must allow power to shift to the South in 2023.

In a recent interview with Nigerian Tribune, Oyebode said the North should allow a Southerner to take over from President Muhammadu Buhari in 2023 to avoid political crisis and ethnic war.

The professor of International Law and Jurisprudence accused President Muhammadu Buhari of nepotism and running a divisive administration.

Oyebode also commended the Southern governors for asking the North to allow the Southern region to take over from President Buhari in 2023.

He said: “It is a question of reasonableness or should I say common sense because Buhari has become the most divisive president who, despite his affirmation of belonging to none and belonging to all, has been clearly partisan and ethnocentric.

“In fact, the Buhari presidency will pass into history as perhaps the most negative in terms of his policies vis a vis national cohesion and national development. He has not even sought to hide his predilection for his ethnocentric agenda. People are sick and tired. When I say people, I am talking of people from the South. Buhari has enabled the fault lines of Nigeria to come out to the fore. He has divided the country more than ever before.

“So, I don’t know anybody that will quarrel with the argument of 17 governors asking for the table to turn. It will be difficult because this is not 2015. We are talking of 2023 and people know that it was a big error, a grievous mistake to have voted for Buhari, even in the South-West. That is why they are pinning the blame on Bola Tinubu, that he sold the South-West down a river. And now, the mask has been removed and people now know that the man they said was the answer to the problems of Nigeria has proven almost irredeemably to be unqualified and incapable of steering Nigeria along a good course.

“The feeling of the Southern governors is quite understandable. They are sick and tired of what Nigeria has become and they want a change. And those who are against the change, peaceful change, if they are not careful, will make violent change inevitable.

“Well, I have news for them. If you are going to resist the transition that the Southern governors are honestly calling for, then the consequence might be cataclysmic and it might be the end of Nigeria as we know it because we are having a coalescence of interests between South-West, South-South and the South-East. And nobody thought of geopolitical zones when they were talking of alternating power between the North and the South, even though the North is no longer monolithic because we have the Benue people.”

Related Topics:Why North Must Shift Power To South In 2023 – Oyebode
Up Next

Abia 2023: My successor must be humble, selfless – Ikpeazu