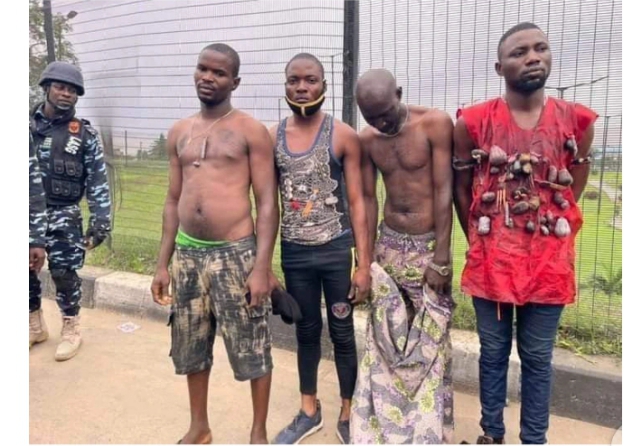 The names of Yoruba Nation agitators arrested at Lagos rally today has been released.

TrackNews Online reports that the identity of the arrested individuals was disclosed to newsmen by the Iranlowo Omo Yoruba Group.

This online news platform had reported earlier that men of the Lagos Police Command on Saturday fired shots at Yoruba Nation agitators who had gathered at the Gani Fawehinmi Park in Ojota, Lagos.

This was after some Yoruba nation agitators dared the security operatives by spreading banners and flyers to announce their arrival and presence.

TrackNews Online reports that the agitators were dispersed with gunshots and hot water from an armoured tank.

Some of the agitators were seen getting dragged into an armoured tank by policemen.

Hours later, the names of the agitators whisked away by the security men were revealed by the Yoruba group.

Related Topics:Yoruba Nation: Identity Of 21 People Arrested In Lagos Rally Revealed
Up Next