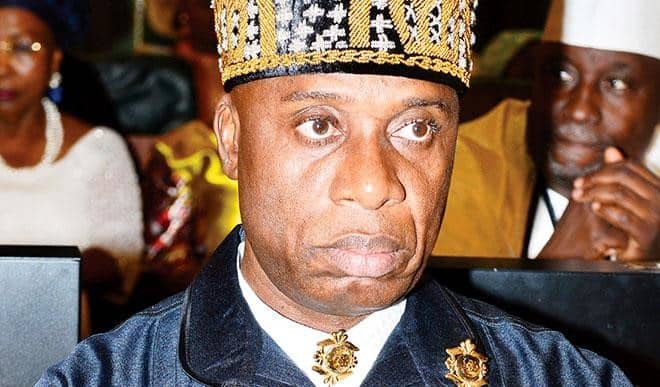 The Minister of Transportation and former Rivers Governor, Rotimi Amaechi, has been told he cannot decide the zone the next governor of the state will come from.

TrackNews Online reports that Chief Tony Okocha, a chieftain of the All Progressives Congress (APC), made this known.

Okocha, who was Chief of Staff, Government House, Port Harcourt, during Amaechi’s reign as governor, kicked against the minister’s insistence in zoning the party’s gov’ship ticket to the Riverine area.

Speaking at the inauguration of the Obio/Akpor LGA chapter of a political pressure group, the Rivers Voice of Freedom (RVF), APC chieftain said no individual can zone the party’s governorship’s sole ticket to any zone of the region.

“Well, he spoke his mind; he didn’t speak the mind of the party. I don’t think he spoke for the APC. He spoke as an individual,” he said.

“Just like the Southern Governors that want the Presidency to come to the South and people from the North are kicking against it, that is the Honourable Minister’s opinion. It has nothing to do with Rivers people.”

In other news, a secretariat of the Peoples Democratic Party (PDP) in Bodija Estate has come under attack by hoodlums suspected to be sponsored by a faction of the same party.

Reports had it that the hoodlums who attacked the structure wore mask to embark on the vandalization hours after workers had closed in the evening. Residents of the areas were said to have alerted the police, who only arrived after the hoodlums had left.

Office equipment,vehicles and some other things were vandalised by the hoodlums, TrackNews Online learnt.

One of the aggrieved leaders of the PDP who opened the parallel secretariat, Alhaji Bisi Olopoeyan, when contacted, confirmed the attack to our correspondent. He accused a leader of the party and a leader of the Park Management System of being behind the attack.