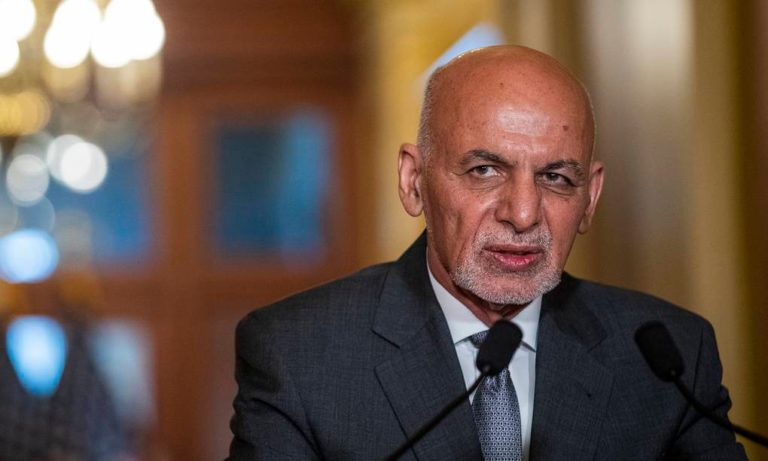 Local media reports said the ousted Afghan leader was welcomed into the country with his family on humanitarian grounds.

Ousted Afghan President Ashraf Ghani has arrived in the United Arab Emirates (UAE) with his family members and the multimillion-dollar loot he allegedly packed with when he fled Kabul following Taliban take over.

Announcing Mr Ghani’s arrival into the Emirates on Wednesday, local media reports said the ousted Afghan leader was welcomed into the country with his family on humanitarian grounds.

“The UAE Ministry of Foreign Affairs and International Cooperation can confirm that the #UAE has welcomed President #AshrafGhani and his family into the country on humanitarian grounds,” Sharjah-based outlet UAE Barq reported.

TrackNews Online on Tuesday reported that the ousted Afghan president fled the country with four vehicles and a helicopter filled with cash.

Nikita Ishchenko, a spokesman for the Russian embassy in Kabul, told Reuters that some of the money looted by Mr Ghani was left flying on the tarmac as it could not fit into the helicopter.

“Four cars were full of money, they tried to stuff another part of the money into a helicopter, but not all of it fit. And some of the money was left lying on the tarmac,” Mr Ischenko said.

On Sunday, Mr Ghani fled the presidential palace in Kabul after Taliban fighters took over the country’s capital.

The extremists made rapid inroads across Afghanistan over the weekend as the U.S. and other countries started withdrawing their troops from the country.

Heavily criticised by his cabinet members for abandoning the country at a very critical time, Mr Ghani pushed back by saying he fled the country to avoid bloodshed.

The original date for the full withdrawal of U.S. forces in Afghanistan was September 11, to mark the 20th anniversary of the 9/11 attacks.