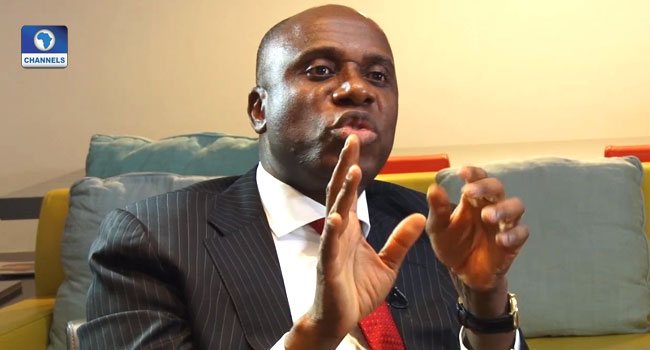 Amaechi says the day poor men come together, all politicians will run.

Rotimi Amaechi, the Minister of Transportation has accused the political elites of burning the resources of Nigeria, saying deprived Nigerians would one day chase them out of Abuja.

Amaechi said some big men have relocated from their states to Abuja because they do not feel safe in their home states.

He also said secessionist agitations in the country should not be seen as a problem, saying economic deprivation and injustice are the reasons some groups are calling for a break-up.

Amaechi said both Nigerians in the northern and southern regions are deprived, adding that injustice did not start from President Muhammadu Buhari’s administration.

The minister in an interview with Daily Trust said the president is doing his best to put the country on track.

He said, “In the past, when I was the speaker and later, governor, I said we would wake up one day and the young boys we deprived would chase us out of town. How many big men are still living in their states? They have all run away. “Everybody is here in Abuja, which is protected because the president is here. One day, the boys will be courageous and we will be on the run.

People are saying that secession is the problem, but it is not. There are two reasons for secession — economic deprivation and injustice. Did the injustice start from this government? I was there, so we need to address it.

“The North has people who are deprived, just as the South is also deprived, as well as the westerners and easterners.”

He, however, warned those leading the crisis of insurrection to be careful “because the day the poor people of these regions come together as a people, all of us will run.”

“They can try as much as possible to divide the country, but the day the poor men come together, we will run,” he said.

The minister also said there will be no need to stay together as Nigerians, if Nigeria is not diversifying its economy and also put the necessary infrastructures in place.

Related Topics:Amaechi: If we’re not carefulwe'll be chased out of Abuja one day
Up Next