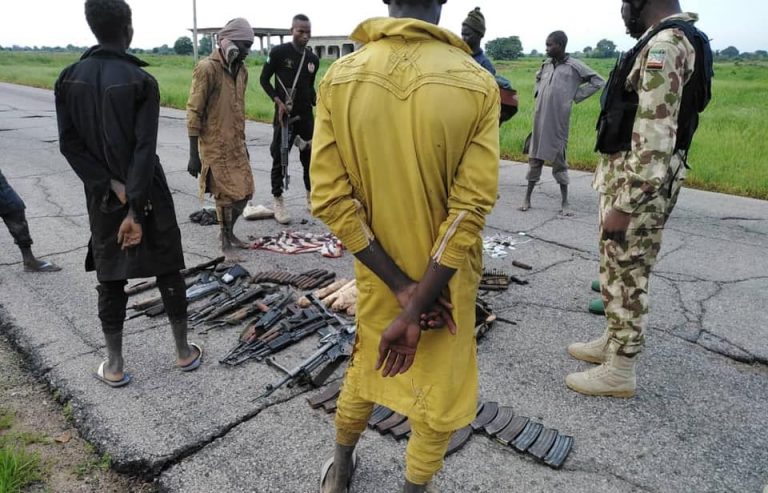 Over 190 Boko Haram terrorists and their families have laid down their weapons and surrendered to the Nigerian Army.

Recall that no fewer than 1,000 Boko Haram and Islamic State West Africa Province members had laid down their arms and surrendered to Nigerian troops.

Following this development, the terrorists surrendered to the Nigerian Army in Mafa Local Government Area of Borno State on Saturday, August 14th.

TrackNews Online learned that many of the terror sect’s top fighters, foot-soldiers, their wives and children were among those who surrendered to soldiers.

The repentant pleaded with Nigerians to forgive them and gave assurances that they are no longer interested in activities concerning the dreaded Boko Haram sect.

Meanwhile, the Borno State Government has announced its plans to reintegrate over 1,000 repentant Boko Haram fighters into society.

Speaking with The PUNCH on Friday, Borno Commissioner for Information, Culture and Home Affairs, Babakura Jatau, said the state is ready to accept and reintegrate the repentant terrorists into society.

He noted that the repentant insurgents might be the beginning of the end to the insurgency in Borno and the country at large.

Jatau, however, advised the host communities to accept the ex-fighters as one of them, saying that the action can persuade the terrorists in the bush to surrender.