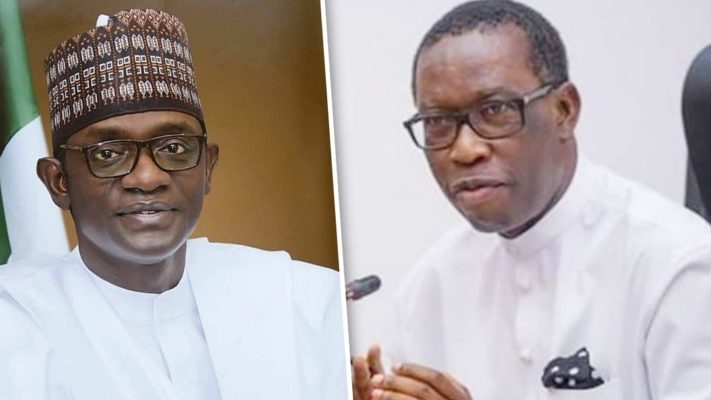 The Delta chapter of the All Progressives Congress (APC) is angry with Governor Ifeanyi Okowa for appointing too many commissioners.

The Delta chapter of the All Progressives Congress (APC) is angry with Governor Ifeanyi Okowa for appointing too many commissioners.

The party expressed its grievance in a statement by its spokesman Sylvester Imonina on Monday in Asaba.

According to Mr Imonina, APC is concerned about the recent appointment of four commissioners for education and two for works.

“The worries of Delta APC is predicated on the fact that because of economic downturn plaguing the world, saner governments are circumspect in decisions that have the potential to depleting states’ scarce resources,” the major opposition party in Delta noted. “Recent events in Delta have shown that the PDP led-government has scored a hat-trick in economic wastages and indifference to the economic well-being of the people.”

“In the Ministry of Works,” said the statement, “there is the commissioner for Rural Roads and commissioner for Highways and Urban Roads. A cursory look at these appointments and portfolios leaves no one in doubt that they were made as jobs for the boys, not for the sake of delivery of dividends of democracy to the people.”

APC warned that the latest appointments would further plunge Delta people into poverty.

“We want to draw the attention of the people to the fact that while they wallow in abject poverty, every newly appointed commissioner is entitled to at least a non-refundable sum of N60 million as take-off allowances,” Mr Imonina claimed. ”The constitution only says that every local government area is entitled to a commissioner in the State Executive Council.”

Related Topics:APC angry with Gov. Okowa for appointing too many commissioners
Up Next

Secondus can only be removed at national convention: Legal Adviser