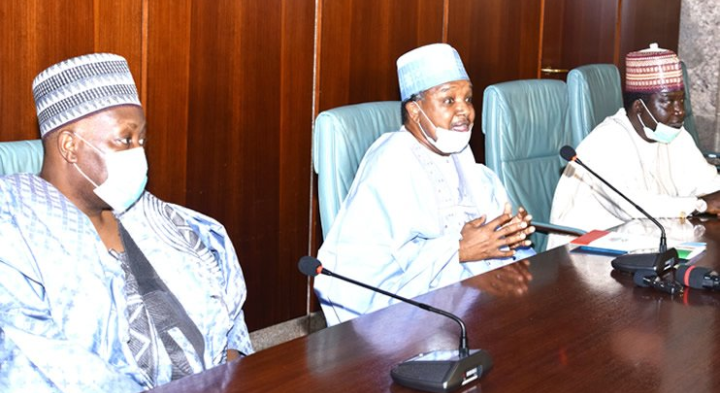 The chairman of the Caretaker/Extraordinary Convention Planning Committee, Mai Mala Buni, has been called on by Governors elected on the platform of the All Progressives Congress to organise the national convention.

The call was disclosed in a statement released by the Chairman of the Progressives Governors’ Forum, Atiku Bagudu.

The governor said, “accordingly, the Forum reaffirms its support for the Caretaker Committee to proceed to conduct local government, state congresses and national convention, in line with the mandate of the National Executive Committee (NEC).”

“The Forum was further briefed on the July 28, 2021, judgement of the Supreme Court on Ondo State 2020 governorship election and recognise that the legal status of both the APC Caretaker and Extraordinary Convention Planning Committee, as well as it’s composition, has been legally settled.”

The doctors were charged to embrace the ongoing negotiations initiated by the Nigeria Governors Forum.

Related Topics:APC Governors Call For National Convention
Up Next

Why PDP Members Should Not Join APC – Gov. Tambuwal

APC angry with Gov. Okowa for appointing too many commissioners