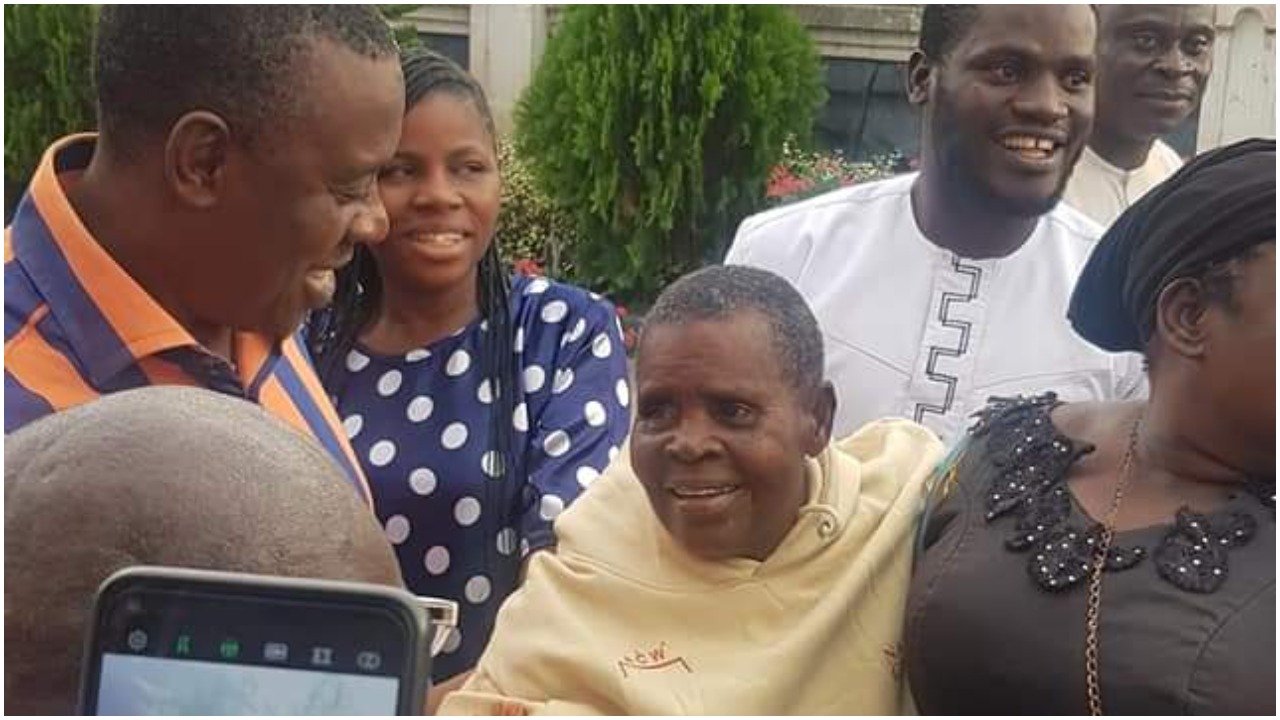 The kidnapped 86 years old mother of Secretary to the Bayelsa State Government, Madam Betinah Benson, has regained freedom and reunited with her family after 34 days with her captors.

The SSG, Hon. Kombowei Benson, who took to his personal Facebook page to confirm the release, said “Thanks to almighty God, my sweet mother is back to Yenagoa”.

TrackNews Online had earlier reported that Madam Kombowei was kidnapped by some hoodlums who invaded her residence at old Assembly quarters, Azikoro road, Yenagoa with military uniforms.

Also recall, that Madam Betinah Benson, was first kidnapped in 2013, from her country home Korokorosei community in Southern Ijaw Local Government Area of Bayelsa State and kept with her abductors for several days before she regained freedom.

TrackNews Online, also reported that the state’s Police command, through the office of the Police Public Relations Officer, SP Asinim Butswat, said “Bayelsa State Police command has launched manhunt for the rescue of Madam Betinah Benson and onward arrest of the suspects”

Madam Betinah Benson 80 years was kidnapped on 20th July 2021, at about at about 2300 hours at her residence at Old Legislative Quarters, Azikoro Road, Yenagoa.

Meanwhile, the Nigerian Army few days ago arrested a 27 years old suspect days after they took over the investigation into the kidnap of the octogenarian.

The kidnappers had earlier demanded a ransom of N500 million for her released.

The suspect whose names was given as Stanley Woniowei , is an indigene of Olugbobiri community in Southern Ijaw Local Government area of the State.

Related Topics:" l Don't Need Your Signatures To Be Crowned As King Of Ijaw Owigiri Highlife Music"Bayelsa SSG motherBetinah reunites with family after 34 days in kidnappers’ den
Up Next