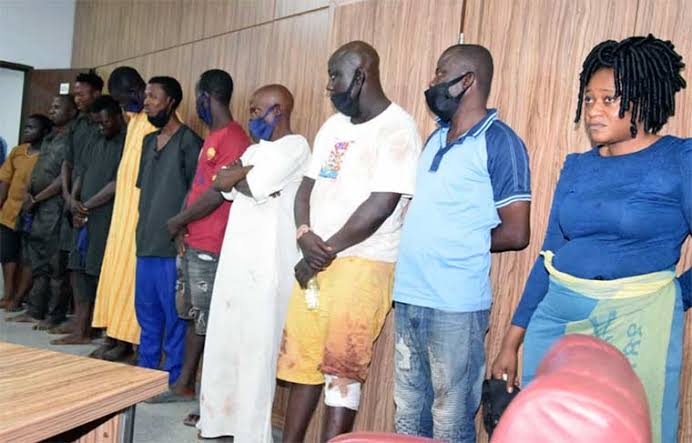 The Department of State Services, DSS, has applied for the fresh remand of four of the 12 detained aides of embattled Yoruba freedom fighter, Chief Sunday Adeyemo also known as Sunday Igboho, in its custody.

TrackNews Online reports that the DSS, through its counsel, Mr Idowu Awo, argued in the fresh application filed before the Federal High Court in Abuja, on Monday, that the four agitators have intensified plans with their associates to flee to Benin Republic once they are released from custody.

Consequently, the DSS urged the court to remand the four detained aides of Igboho pending their arraignment during court vacation.

“That I know that Respondents/Applicants have intensified plans with their associates to flee to Benin Republic once they are released from custody.”

It would be recalled that Justice Obiora Egwuatu recently admitted the 12 applicants to bail after they have spent five weeks in the DSS custody.