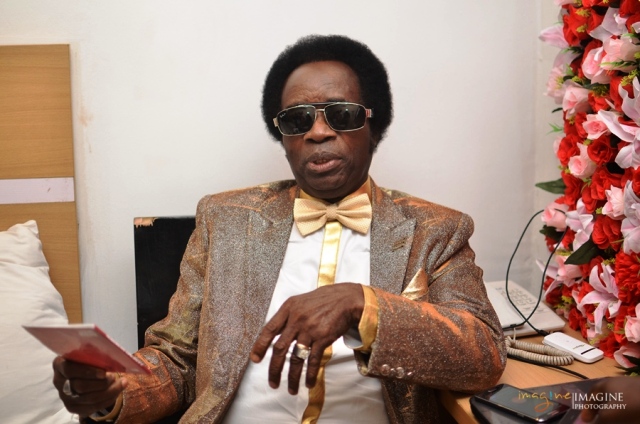 Sir Victor Uwaifo is dead, the musical legend has died at the age of 80, multiple sources confirm.

He his popularly known by his stage name “Guitar Boy”.

One of his children, Uwaifo Peter de Rock, broke the news of the demise of the professor of Visual Arts, University of Benin (UNIBEN), on his Facebook page, on Saturday evening.

While Peter did not disclose the cause of the death of his late father, he nevertheless, expressed anguish in the passing of the music star.

“Daddy whyyyyyyyyyy. Did you leave us now Prof sir Victor UWAIFO has gone to rest. Black Saturday for me nooow,“ the young Uwaifo wrote with 34 sad emoji, arranged in pair of 17 lines.

“One week now after collaborating with me,” the distraught Peter added.

He is recognized as the most educated performing music legend, he his also a writer, sculptor, musical instrument inventor, A University lecturer in the Department of Fine and Applied Arts at the University of Benin, Benin City.

A close source to the family confirmed this to The Nation on Saturday.

The source said he died after a brief illness.

The ‘Guitar boy’ as he was fondly called celebrated his 80th birthday in March.

Uwaifo is also the first professional musicians to be awarded with the National Merit Honours of Member of the Order of the Niger (MON).

He was also the first Commissioner for Arts, Culture and Tourism in Nigeria.

Ex-BBNaija Star Dorathy Shares How EFCC Broke Into Her House