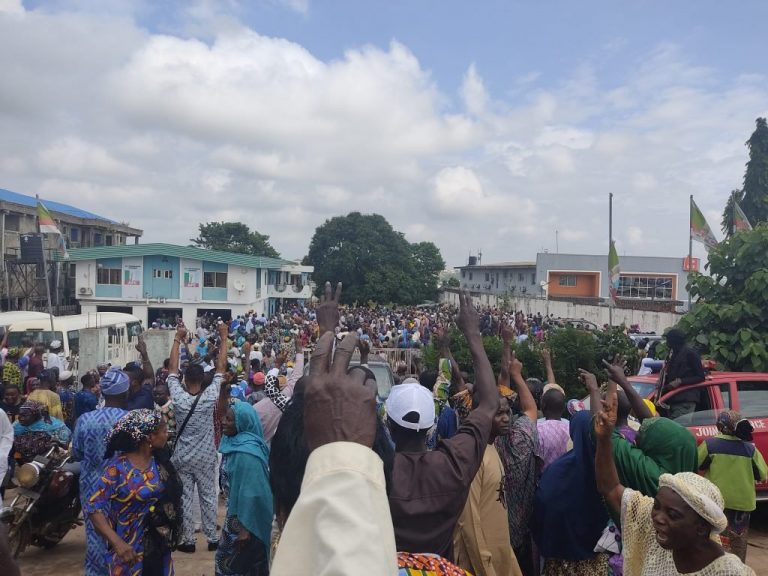 The secretariat of the All Progressives Congress in Osun State was on Saturday morning invaded by thugs wearing face caps with Oyetola and 4+4 inscription.

It was gathered that the thugs ordered members of the party belonging to The Osun Progressives, a caucus in the party to vacate the party premises.

It was reported that the thugs invaded the secretariat at about 10:40 am and started calling out and identifying members of the caucus.

The thugs after identifying the caucus members, flogged and dragged them away from the secretariat premises of the party.

The thugs and their leader, identified as Asiri Eniba, were accosted by party members who had come to submit their petitions and chased away from the secretariat premises.