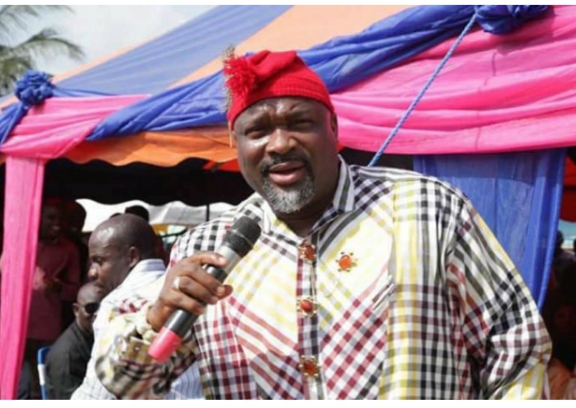 Some workers of Emohua Local Government Council of Rivers State, have barricaded the major entrance to the Council in protest over alleged unpaid three months salaries.

The aggrieved workers who spoke to our correspondent at the scene of the protest alleged they have not been paid salaries since May till date.

They lamented that they are going through hardship and hunger as it is difficult to carter for their families, pay their rent and children school fees.

They complained that instead of the Council Chairman, CHIDI LLOYD to address the issues on his arrival to office this morning, he allegedly invited security agencies to safeguard the Council secretariat and asked them to channel their grievance to the Accountant General of the Council.

The protesters called on Governor Nyesom Wike and all stakeholders in the state to prevail on the Council Chairman to urgently pay their outstanding three months salaries just as they threatened to remain at the gate until their demands are meant.

Every effort to reach the Emohua Council Boss, Chidi Lloyd to react to the allegations was not fruitful as his mobile phone number was been switched off as at the time of filing the report.

One Week, One Trouble ! Panic In Heritage Bank as EFCC Swoop On Staff Over Unremitted NPA Fund