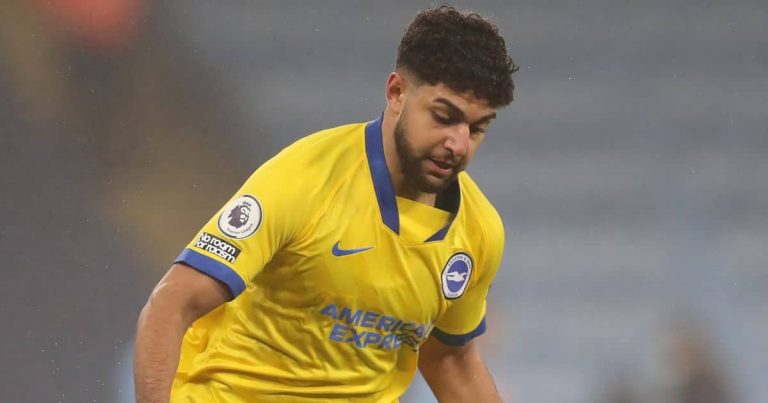 Blackburn have announced the signing of Reda Khadra on a season-long loan from Brighton – and the Seagulls’ technical director Dan Ashworth is tipping the player to make rapid progress.

The 20-year-old winger played youth football in Berlin and signed for Borussia Dortmund in 2016. However, he changed his arm and moved to Brighton in October 2020. The German U18 international has made just one senior appearance so far.

He will also link up with another winger in Ian Poveda, who joined Rovers on loan from Premier League Leeds.

Brighton technical director Ashworth insists he makes the move with a long-term plan in mind.

“Reda has progressed really well during his time with the club. He has been involved with the first-team squad for pre-season, after making his Premier League debut last season.

“This loan will provide him with the opportunity to play regularly in the Championship with Blackburn.

“We’re looking forward to seeing how he progresses over the course of the season, and our pathway manager David Weir will be in close contact to ensure he gets the most out of this experience.”

Khadra, speaking to Rovers’ official website, admits he can’t wait to get started at Ewood Park.

“I’m very excited and happy to be here in the Championship and at such a great club,” he told Rovers TV.

“Blackburn Rovers won the Premier League and I’ve only heard good things about the club, which made it easier for me to decide to come here.

“I’m 20 years old, so it’s important for me to get some minutes and get some experience. This league is one of the hardest leagues in the world, but I’m ready for the challenge.

“I need to play regular football in order to improve and get better and to become the best version of myself.

“I want to play as many minutes as possible and, of course, every forward player wants to score goals and get assists. Hopefully I can do that and help the team.”

Related Topics:Dan Ashworth tells Blackburn what to expect as Brighton man moves on loan
Up Next