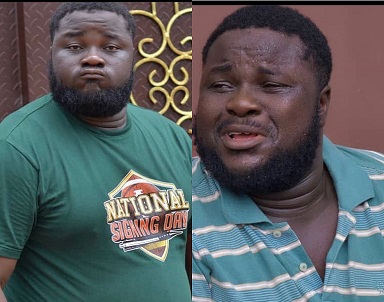 The family of Nollywood actor, Stanley Okoro who died on 12th August at the age of 28, has released his burial details.

Stanley Okoro’s wake-keep will hold on August 24th while his body will be laid to rest on August 28th at his father’s compound at Amabriba Okpanku Aninri L.G.A of Enugu state. May his r soul rest in peace. 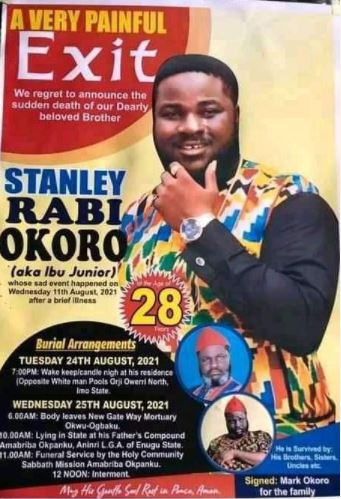 He died on Wednesday from a suspected case of food poisoning.

Naija News reports that this coming barely 24-hours after the death of Nollywood veteran Rich Oganiru.

The actor reportedly died on Tuesday, August 10, 2021 after battling with illness for months.

His death was announced on Facebook by his friend on Tuesday.

In 2012, Oganiru was arrested for allegedly murdering his wife.

According to news reports at the time, Oganiru was arrested following a petition by family and relations of his late wife.

They claimed that she was poisoned by the Nollywood actor so that he could acquire her wealth.

However, Oganiru has maintained his innocence and said on numerous occasions that he did not kill his millionaire wife

Related Topics:Family Of Late Nollywood ActorStanley Releases Burial Poster And Date
Up Next

Handsome Son Of Rivers State Assembly Member Identified As The Cultist Who Shot To Death A Fellow 400 Level Student At RSU.