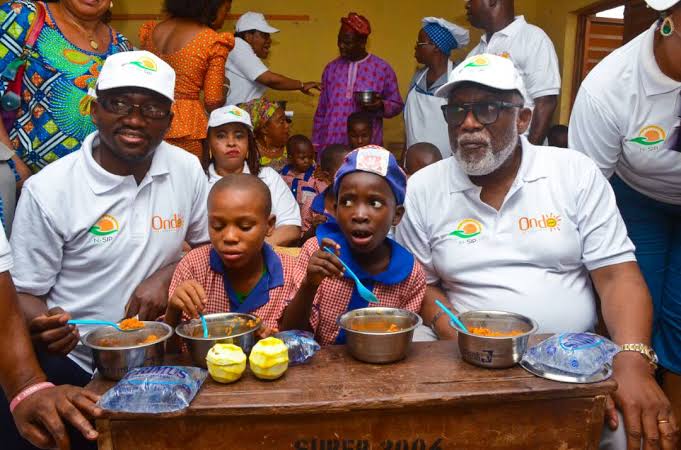 The Minister of Humanitarian Affairs, Disaster Management and Social Development, Hajiya Sadiya Umar Farouq, has said the Federal Government has spent N1.8bn on the feeding of primary school pupils in Ondo state under the National Home-Grown School Feeding Programme in the last three years.

TrackNews Online reports that the school feeding programme is a component of the federal government’s Social Investment Programme.

Nneka Anibeze, the Special Assistant on Media to the Minister, disclosed this in a statement issued to journalists in Abuja on Wednesday.

Farooq was quoted as saying that Federal Government had done the biometric capturing of the pupils in order to improve data management and efficient implementation of the feeding programme.

She also said the ministry will continue the exercise in September and October so as to capture new pupils that will come on board as well as exit some that are graduating.

“The exercise will be an ongoing process. Note that more than N1.8 billion has been spent in the last three years to cater for pupils in Ondo state under the National Home Grown School Feeding programme,” the Minister said.

She added that the Federal Government has also intensified efforts to ensure accurate and comprehensive coverage of primary schools in Ondo State in its programme in public schools.

Farooq further said the enumeration of 95,983 pupils across the primary schools under the school feeding programme had also commenced in Osun.

TrackNews Online reports that as of August 18, 2021, at least, 108,842 primary school pupils have been captured in the Federal Government data base.

Related Topics:FG Spent N1.8bn To Feed Ondo Pupils In 3 Years – Minister
Up Next

Police Speak On Alleged Kidnapping Of Chef In Abuja