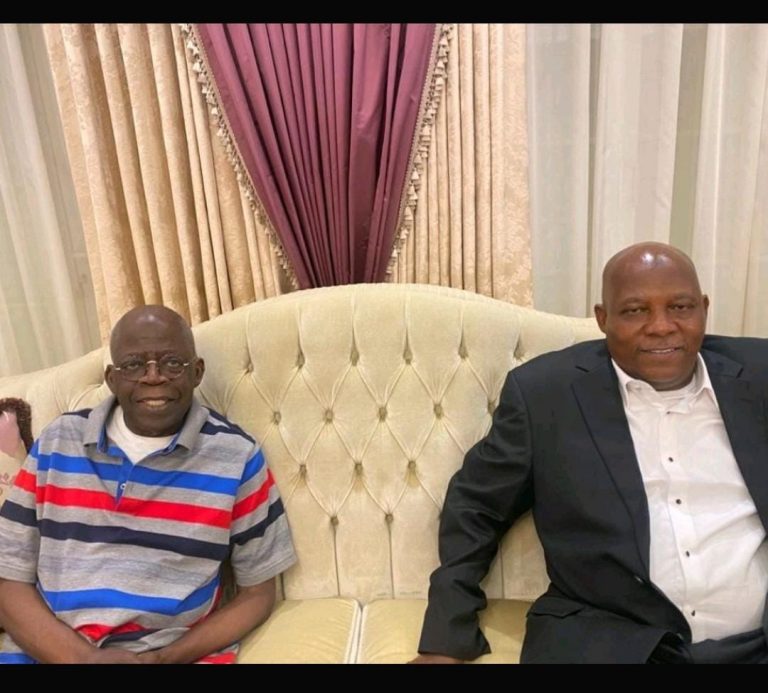 A former Governor of Borno State, Kashim Shettima has paid a visit the National leader of the All Progressives Congress (APC), Asiwaju Bola Tinubu in London.

Naija News reports that Shettima, who is now a senator, was seen in photos with the former Lagos State governor.

The Tinubu loyalist served as Asset Management Corporation of Nigeria (AMCON) Chairman under the present government. 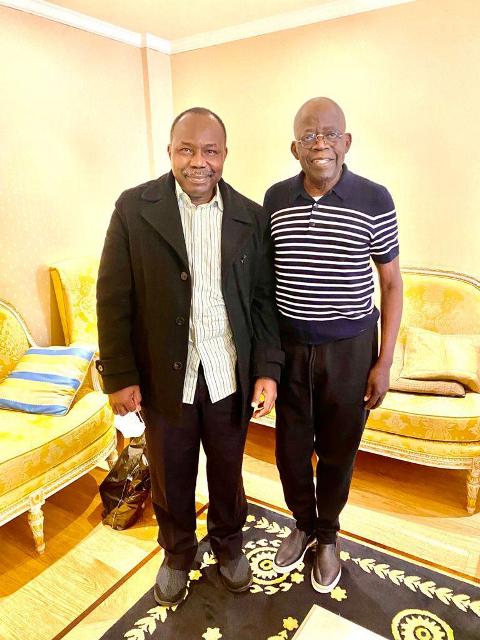 The former Lagos State Governor is rumoured to have undergone a series of surgery on his knee.

There were claims that Tinubu allegedly underwent another knee surgery at the John Hopkins University Hospital in Maryland, the United States.

It was gathered that the former Lagos State Governor returned to the United Kingdom on crutches after undergoing the successful surgery.

Recall that President Muhammadu Buhari had last week paid a ‘goodwill’ visit the APC leader before returning to Nigeria.