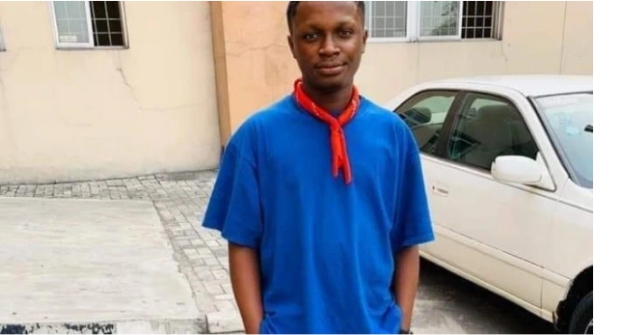 The timely intervention of DPOs of Azikiwe and Nkpolu Divisional headquarters, Octopus Strike Force over the cult war for supremacy and territorial control between suspected Vikings and Ku Klux Klans cult groups which claimed one live inside campus of Rivers State University RSU would have spread outside the campus.

The 300 level student suspect who has been identified as Wisdom, but commonly known as Peruzzi is a Architectural Science student from Khana Local Government. said to be“ an in-law/foster-son to Hon. Prince Ngbor, member Rivers State House of Assembly, Representing Khana Constituency 2,” a source close to the family said

No description available.
we also gathered that the deceased 400 level student was a rival cult member who had been on the wanted list of the rival cult.

Though the university confirmed the cult war but a statement issued by the registrar of RSU on the killing On Wednesday did not address the concern of observers. The statement blamed social media for portraying the school as being unsafe.
A security analyst who spoke to our correspondent said ”Every right thinking person will express concern after the Police arrested and recovered gun from the suspected assailant and also recovered gun from the deceased victim while undressing him at the mortuary. It is a clear indication that the students/groups involved were already prepared for the battle ahead

Our source also alleged that a short gun was also found on the dead body of the final year student who was shot dead by Perruzi as at the time of depositing his body at the mortuary. and the police also confirmed that gun was on the deceased body

When contacted, media aide of the assembly member, Egere Kpughinaneea, dismissed the allegations, stressing that the police should be allowed to conclude its investigation

Related Topics:Handsome Son Of Rivers State Assembly Member Identified As The Cultist Who Shot To Death A Fellow 400 Level Student At RSU -
Up Next

RT. Hon. Tonye Emmanuel Isenah Bags An Award Of The Best Legislator/Humanitarian Of The Decade.