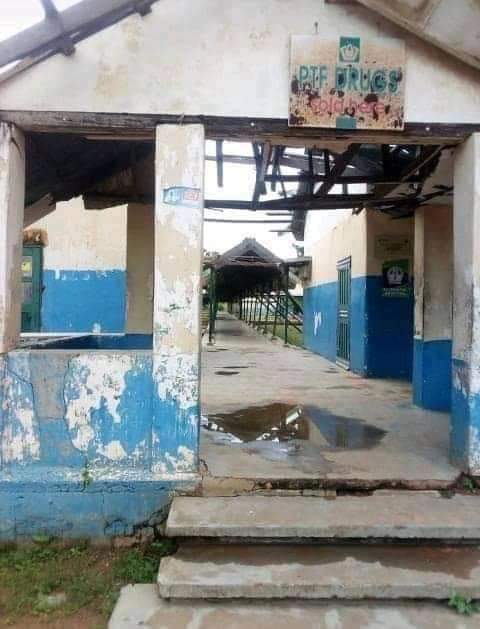 A house called the “HOUSE OF DEATH”, belonging to millions of gods in Amaigbo Umu-Anu in imo state, which as not be known by most people.

The man who built the house you see on the picture was unknown to the villagers till date. No one lives in the house, but at night their will be light in the house without NEPA or EDDC electric Cable’s attached to the house, or even a sound of a generator from the house.

The most fearful thing about the house is that it has no entrance, no gate. I mean just a fence built around the building with no entrance into the building.

In 2012, a young boy called Ebuka Ikechuku was inquisitive to know what is inside the house, immediately he jumped in from the fence and entered the “house of death”, but did not make it out till date.

Even clothes been hanged within the house changes colour also. In 2005, it was also believed a woman who was pregnant, was standing near the window in the building crying, with blood on her face. When she closed back the window, till date no body knew how she vanished.

The location of “the house of death” is at Amaigbo Umu-Anu near the school of health in Imo state. GO FOR A RESEARCH

Related Topics:HOUSE VANISHING PEOPLE DISCOVERED IN IMO STATENigeria
Up Next