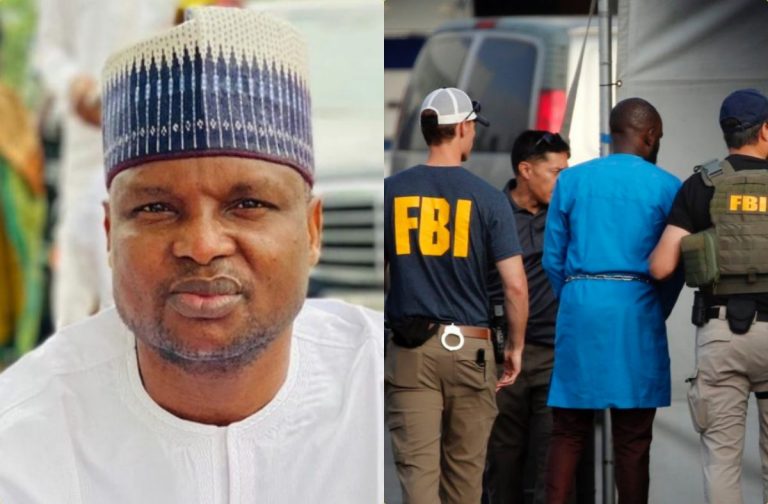 The Federal Bureau of Investigation (FBI) has submitted detailed evidence against the Head of the Police Intelligence Response Team (IRT), DCP Abba Kyari, to the Nigerian Police Force.

The Force Public Relations Officer (PRO), CP Frank Mba, disclosed this in a statement issued on Sunday made available to TrackNews Online

According to Mba, the evidence submitted by the FBI to the Nigeria police contains documents detailing Kyari’s crimes and dealings with an arrested fraudster, Ramon Abbas popularly known as Hushpuppi.

Mba noted that the documents provided will assist a Special Investigation Panel set up by Inspector-General of Police, Usman Alkali, to properly investigate the weighty allegations against Kyari.

He revealed that the Special Investigation Panel (SIP) comprised four Senior Police Officers, and it is headed by DIG Joseph Egbunike, the Deputy Inspector General of Police in charge of the Force Criminal Investigations Department (FCID).

Part of the statement reads: “The Special Investigation Panel (SIP), inter alia, is to undertake a detailed review of all the allegations against DCP Abba Kyari by the US Government as contained in relevant documents that have been availed the NPF by the Federal Bureau of Investigation (FBI).

“The SIP is also to obtain a detailed representation of DCP Abba Kyari to all the allegations levelled against him, conduct further investigations as it deems fit, and submit recommendations to guide further actions by the Force Leadership on the matter.”

TrackNews Online had reported that FBI operatives met with the Inspector-General of Police in Abuja on Friday over the arrest warrant issued on Kyari.

According to SaharaReporters, top sources in the office of the IGP disclosed that FBI detectives were with the IGP till he went for Friday’s Juma’at prayers.

The sources further stated that the embattled police officer was given till next week to formally respond to the allegations till his extradition to the US would be decided by the police authorities.

One of the sources said, “The FBI detectives left when he (IGP) went for Friday Juma’at prayers. The FBI personnel were insistent and had a long meeting with the IGP till the close of work.”

“Abba Kyari was given till next week to respond to allegations. The IGP agrees with them (FBI men) and assured that Kyari would not be assigned any new cases until the investigation was over.”

Related Topics:Hushpuppi: FBI Submits Evidence Against Abba Kyari
Up Next