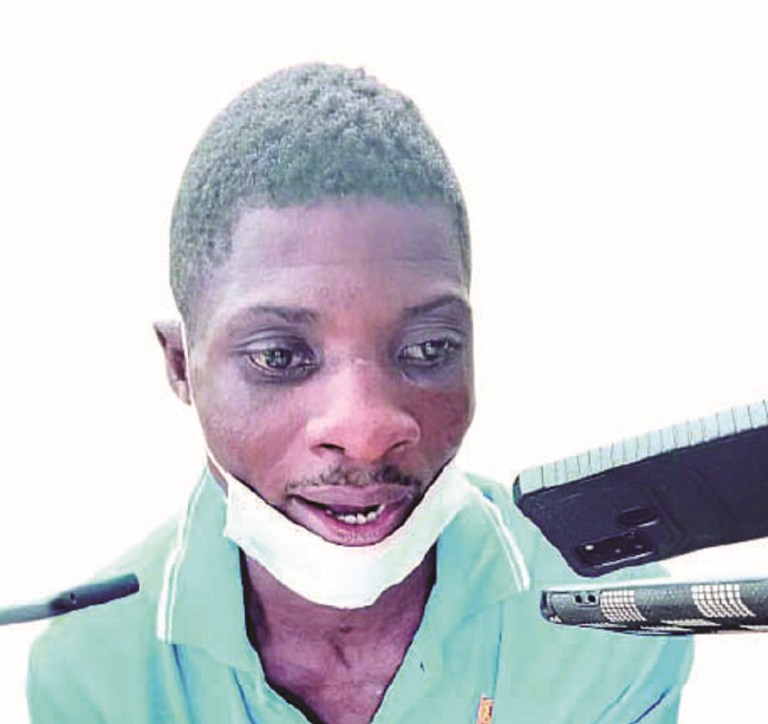 A serial rapist identified as Stephen John has narrated he derived pleasure raping old women “and especially in the farm”.

John, a farmer in Ore, Odigbo council area of Ondo state was nabbed by the police after he was reported to have raped a young lady, Fatima Yahaya, who was sent on an errand by her mother.

Parading the suspect, the state police commissioner, Bolaji Salami, who described him as a “serial rapist”, said; “On the 5th August, 2021, at about 0830hrs, one Oluwakemi Isaac ‘f’ of Tajudeen Street in Ore, came to Ore Police Station and reported that on same date at about 0700hrs, she sent her daughter Fatima Yahaya on errand, on her way, one Stephen John saw her, grabbed and dragged her into the bush and raped her.

“After the suspect was arrested and taken to Ore Police Station, three women came and reported him as the one who raped them at their different farmlands, using a cutlass to frighten them into submission”.

However, in an interview by Vanguard, the suspect confessed the suspect said he was pressed and when he waited endlessly and couldn’t find his choice (old women), he took advantage of the younger lady who walked into his hands.

“l just derived pleasure in sleeping with old women and especially in the farm.

“I just enjoy it with them and in that particular place.

“You know that old women don’t have the strength to struggle with me and they can’t shout much and the farm is usually a lonely place”.