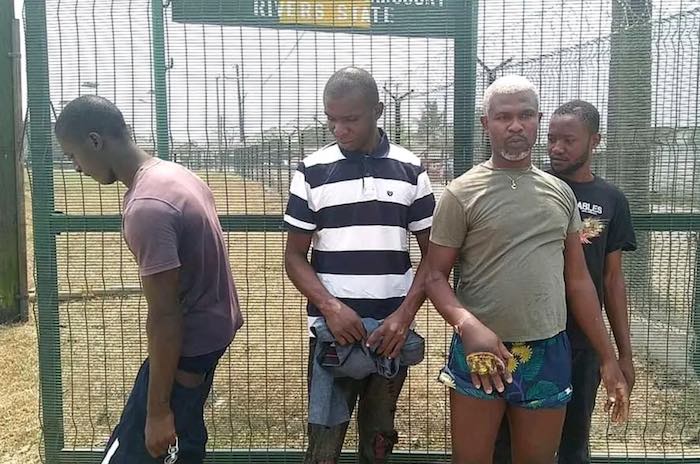 Osuji told the court that the officers used a hammer, a 2 by 2 wood and a machete on him and other of his colleagues who were arrested including the late Chima Ikwunado.
According to a report by Daily Post, Ifeanyi Osuji, one of the victims of police torture which led to the death of an auto mechanic, Chima Ikwunado in Rivers State in 2019 has told a High court sitting in Port Harcourt how the dismissed officers of the disbanded Eagle Crack unit of the state police command tortured him on 19th of December, 2019.

Osuji told the court that the officers used a hammer, a 2 by 2 wood and a machete on him and other of his colleagues who were arrested including the late Chima Ikwunado.

Osuji, who was speaking from the witness box said the officers never requested for any car particulars to warrant the arrest but only saw some money in “their possession and their working tools”.

The trial Judge, Justice Florence Fiberesima after listening to the witness, adjourned till 6th, 14th and 15th of October, 2021 for continuation.

The death of the Ikwunado in 2019 had sparked an outrage in Rivers State after it was learnt that he was allegedly tortured to death by the police officers who had arrested and detained him along with his friends.

The officers were subsequently arrested, dismissed and charged to court.

In a separate matter, the Judge also adjourned till 14th 15th, of October, 8th, 9th, and 10th of November 2021 for the murder of the suspected killers of one Anale Ozuru, a Unit Chairman People’s Democratic Party in Rivers State who was shot dead in the presence of his wife and three children by gunmen at Alakahia community in Obio-Akpor Local Government Area of the state on 21st of September 2019.

Related Topics:Ikoku Four: How I Was Tortured With HammerMachetes By Police Officers – Victim Opens Up
Up Next