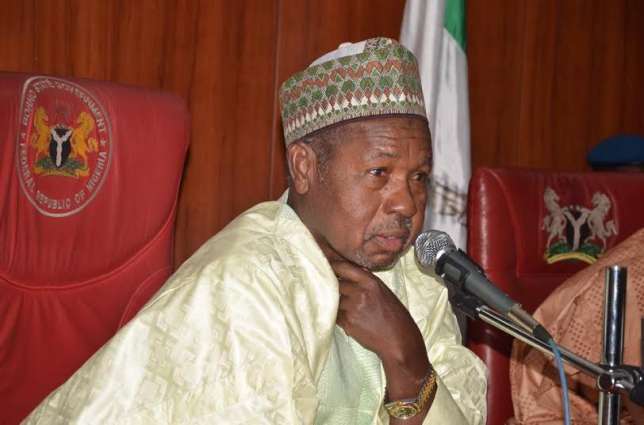 Katsina State Governor, Aminu Bello Masari, said many youths get involved in criminal activities because states have failed to maximize mineral resources they are sufficiently endowed with.

TrackNews Online understands that Masari stated this on Monday when he paid a courtesy visit to the Minister of Mines and Steel Development, Architect Olamilekan Adegbite in Abuja.

The Governor noted that the agitations for resource control and restructuring would be out of fashion when the nation’s other resources, such as solid minerals, are fully exploited and harnessed.

He stressed further that many youths have found a calling in criminality because of the failure to develop other sectors of the economy to keep them fully engaged in viable undertakings.

Masari believes that there would be sufficient engagement for the youth to render criminal activities unnecessary should each state take advantage of the resources available to them.

While soliciting for the cooperation of the Mines and Steel Development Ministry in assisting Katsina to harness its huge deposit of various solid minerals, the governor told the minister that his administration had provided all the necessary ground to make Katsina an investor-friendly state.

In his response, the minister, Architect Olamilekan, reminded state governments that mineral resources, wherever they may be found in the country were vested on the Federal Government to exploit on behalf of the Nigerian people, adding that it is wrong of any state to claim ownership of mineral resources found within its territorial jurisdiction.

He also cautioned state governments against enacting legislation vis-a-vis the mining of mineral resources, in addition to the ones enacted by the Federal Government, saying that there must be unified legislation across the board from the federal government down to the local government.

Architect Olamilekan also charged state Governors to provide the enabling environment for investors to find the ease and confidence to do business in their state, even as he implored investors to always carry the host community along in whatever business they conduct

Related Topics:Identifies What Governors Must DoInsecurity: Masari Reveals Why Youths Take To Crime
Up Next

“If You Are A Feminist, Don’t Get Married” – Bishop Oyedepo