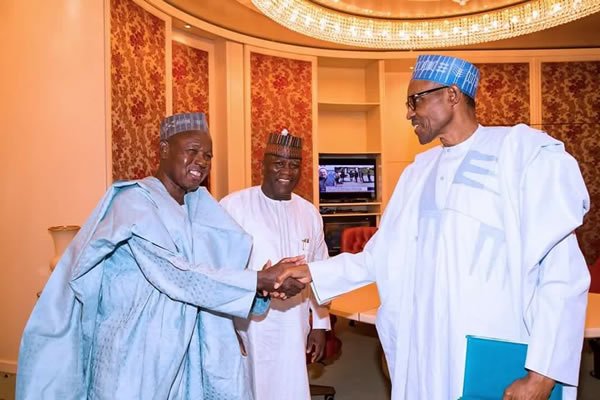 The Peoples Democratic Party (PDP) has alleged that the administration of President Muhammadu Buhari has failed in the area of security.
The party also accused the Katsina State Governor, Aminu Bello Masari of failing to hit the nail on the head that the President and the ruling All Progressives Congress (APC) have failed.

Speaking on Sunday through a statement signed by its National Publicity Secretary, Kola Ologbondiyan, the PDP said the insecurity plaguing the country is a result of the incompetence of President Buhari.

The statement noted that the fact that the challenges of killing, kidnapping, and other issues of insecurity could be happening in the President’s own state is further testament to the inability of his government to secure Nigerians.

The major opposition party noted that not only on security has the Buhari government failed, but also on economy and fight against corruption.

The PDP statement reads: “The Peoples Democratic Party (PDP) charges the Governor of Katsina State, Aminu Bello Masari, to stop his empty lamentations over the persistent banditry in the state, but be on the side of the people, by boldly telling President Muhammadu Buhari and his All Progressives Congress (APC) Federal Government that they have failed.”

“The PDP asserts that Governor Masari is doing a great disservice to his people, who have fallen victims to persistent banditry, owing to President Buhari’s incompetence and inability to secure the nation, by not shedding his parochial politics to join other patriotic Nigerians in voicing out to President Buhari, the truth of his failures.

“It is indeed a distressing and colossal mark of failure that President Buhari’s home state, Katsina, is being taken over by bandits, who are now overrunning local governments, killing, raping, maiming, and pillaging innocent citizens, while Mr. President, who promised to lead the fight against insurgency from the fronts, continues to recede deeper into the safety and comfort of Aso Rock Presidential Villa, Abuja.”

“It is totally upsetting that while Mr. President is busy with his unnecessary rhetoric in Abuja, bandits, according to Governor Masari, are having a field day in persistent attacks on 10 local government areas, killing and robbing innocent citizens on daily basis.”

“While it is common knowledge that President Buhari has failed and especially, in his three-pronged focus of security, economy, and anti-corruption, it is however regrettable that his administration could be so aloof, cold, and unperturbed as bandits ravage our citizens in most states and particularly in Mr. President’s home state. What a failure!”

“President Buhari and Governor Masari must know that there is no way history will be kind to them and their party, the APC, for their incompetence, insensitivity, and failure in governance, which have brought so much devastation to our dear nation.”

“The PDP for the umpteenth time calls on President Buhari to wake up to the responsibilities of his office, pick himself up and lead from the front in the fight against insurgents, in line with his campaign promise. He should either shape up or ship out.”

“Our party, however, urges Nigerians, especially the people of Katsina state not to resign to despondency over President Buhari’s failures, while charging our gallant troops to remain strong as we work hard to rescue our nation from the misrule of the APC, which has led to the escalation of woes in our country.”

Meanwhile, the Nigeria Union of Journalists, on Sunday, urged the Federal Government to publish the names of those sponsoring criminality in the country, as earlier promised by the Attorney General of the Federation and Minister of Justice, Abubakar Malami.

It also said the Federal Government should allow governors to establish State police to complement the existing security architecture.

TrackNews Online reports that this was contained in a communique signed and issued by the Union’s National Secretary, Mr. Shuaibu Usman Leman, at the end of the NUJ National Executive Committee meeting in Abuja on Sunday.

Nigeria Has Thousands Of Sick Leaders In Need Of Treatment — Abala 1.