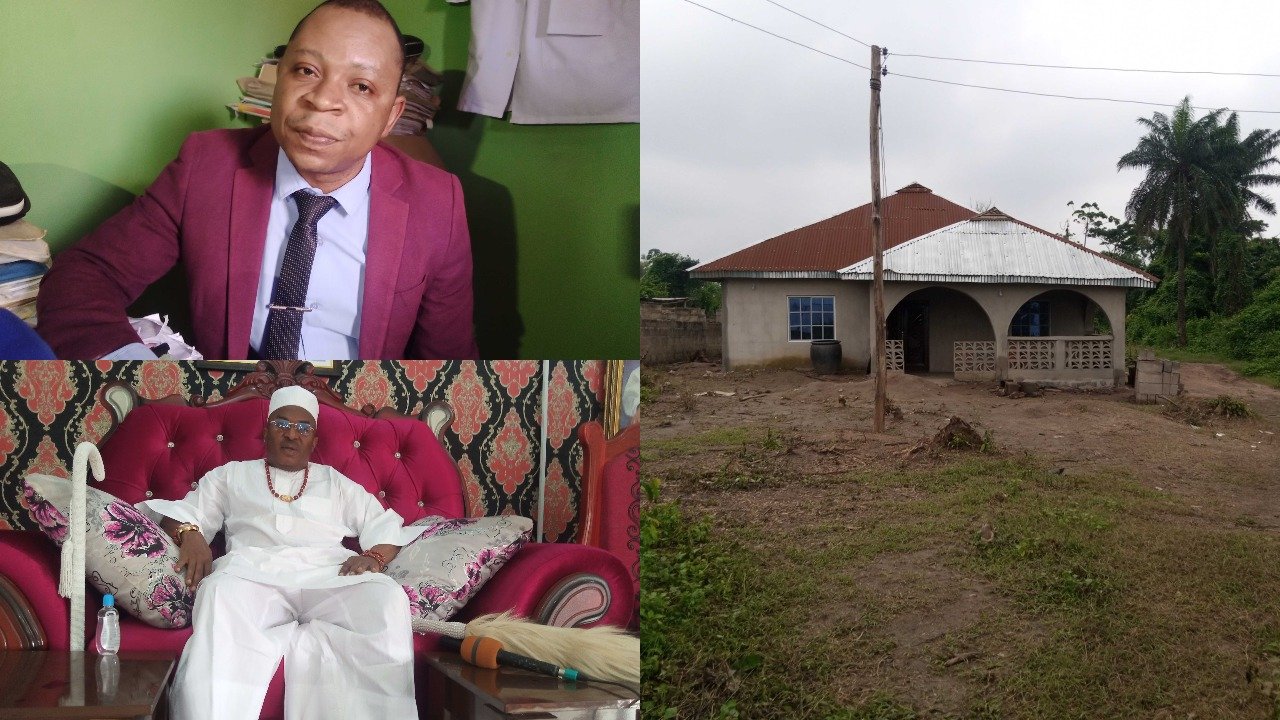 It was around 9:10 am on Tuesday, August 17, when some concerned persons from the shop of a mother of five, Bidemi Olatunji, came to her house at Ifesowapo Community to know why she was not at her shop as usual.

The 40-year-old woman was found dead in her room with her police husband, Sergeant Saheed Oyewole, and her last child, Bose, 4, on the same bed.

Her other four children, Sadiq, 14; Taiwo and Kehinde, 9; Idowu, 7, were also found dead in another room.

A 14-year-old boy, Awwal Busari, who Olatunji, popularly called Iya Ibeji, took in was found unconscious in the passage. Awwal was rushed to the hospital and is responding to treatment.

Awwal was said to be a cousin of Olatunji’s neighbour, Samuel, who she took in on the request of his uncle.

The family of seven died mysteriously from their sleep while the true nature of the death is still uncertain.

Life of the mother of five

Olatunji is a food vendor in the town of Apomu, Isokan Local Government Area of Osun State. She had five children with her deceased husband before she married Saheed, a sergeant attached to Safer Higher Patrol.

She married the police officer as his third wife, in line with the teachings of Islam, two years ago.

According to residents, Olatunji moved to her new house located at Ifesowapo Community, an unpopular neighbourhood of Oke Suna Community in Apomu within the third week of July 2021, days before the 2021 Eid-el-Fitri celebration.

Her street has only two occupied houses, with the rest being uncompleted buildings.

According to a resident of Oke Suna, who was also part of the sympathisers but did not want to be named, the deceased would have left the house by the time she was found dead in her apartment.

“She normally leaves home around 6 am because of the nature of her job, she is a food vendor. At around 9 am; that is why people have to check why nobody has seen their movement,” she said.

We saw no traces of food poison – Hospital

The management of Jordan Clinic, who first received Awwal, said the boy was brought into their hospital “seriously unconscious” and rendered first aid before he was transferred to OAU teaching hospital, Ile-Ife, after two hours of his admission in their hospital.

Moses Ojeke, who attended to the boy, ruled out food poisoning.

He explained that the family did not wait for the result of the blood sample taken from Awwal before they rushed him to Ile-Ife.

While asked if he can speak on the cause of the incident, Ojeke said, “I cannot say much because the urine and blood sample we took was not out before we referred him to Ile-Ife. But based on my observation, I don’t think it’s food poison.”

Further responding to answers, “based on the information we gathered, the type of generator they were using is not the type that brings carbon. I don’t think it’s generator fumes either, we should wait for the autopsy for the confirmation of their death.”

The community is safe to live in – monarch

The Alapomu of Apomu, Oba Kayode Adenekan Atoyebi II, while speaking with newsmen on Thursday asked the community to be calm saying his chiefs have inspected the scene.

The monarch assured the residents that the area of the incident is safe to live in.

According to him, the government would have sealed the area if a chemical substance that would affect people living in the area was discovered.

Speaking with DAILY POST on the phone, the Commissioner for Health in the state, Dr Rafiu Isamotu, revealed that the state government is conducting a forensic autopsy which is beyond opening of the bodies.

He added that the duration of the process is not known, “we can’t give a timeline because they are doing a forensic autopsy which is beyond the opening of the bodies.

“The team of the has been in the house where the incident happened to see forensic”.

Related Topics:Inside the mysterious death of family of seven in Osun
Up Next

UNIJOS Student Killed: ‘We Are In Pains, Fears’ – SUG Calls For Help