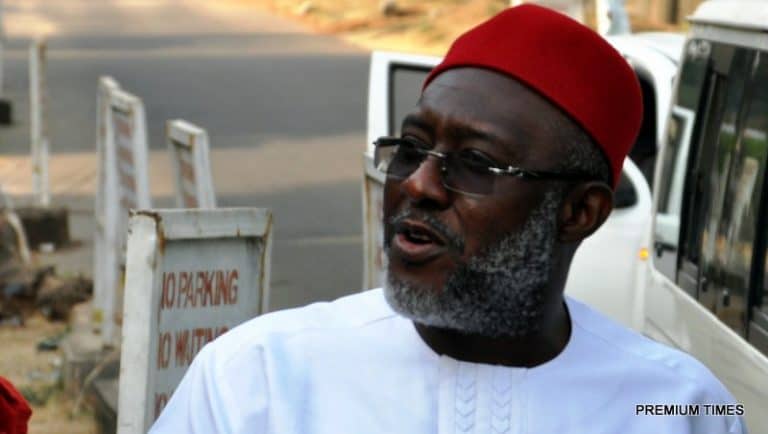 According to the PDP chieftain, he has been in the United Kingdom attending to his health.

Metuh stated that he has not been involved in partisan politics, including the arrangements for the governorship poll.

The statement read, “Chief Olisa Metuh has been in the United Kingdom for his medical treatment, a situation that has kept him away from political activities in the past few weeks, including recent arrangements for the Anambra State gubernatorial election.

“However, to set the record straight, in the particular case of the composition of the PDP’s Campaign Council list, Chief Metuh was not involved, therefore, he is not responsible for anybody’s fate in that regard.

“In view of the foregoing, the allegation that Chief Metuh manipulated the list is completely false, baseless and unfounded.”

Recall that the PDP had constituted a campaign council to ensure the victory of the party and its candidate Valentine Ozigbo in the Anambra governorship election.

TrackNews Online reports the members of the campaign council were unveiled at a ceremony held by the state chapter of the party at Senator Uche Ekwunife Events Centre in Awka over the weekend.

Dr Alex Obiogbolu will serve as the Director-General (DG) while Chris Azubogu, Gabriel Onyenwife and Dr A. A. Anagu are to serve as zonal directors of campaign South, North and Central respectively.

Related Topics:I’ve Been In The UK – Metuh Denies Involvement In Anambra PDP Campaign Council’s List
Up Next