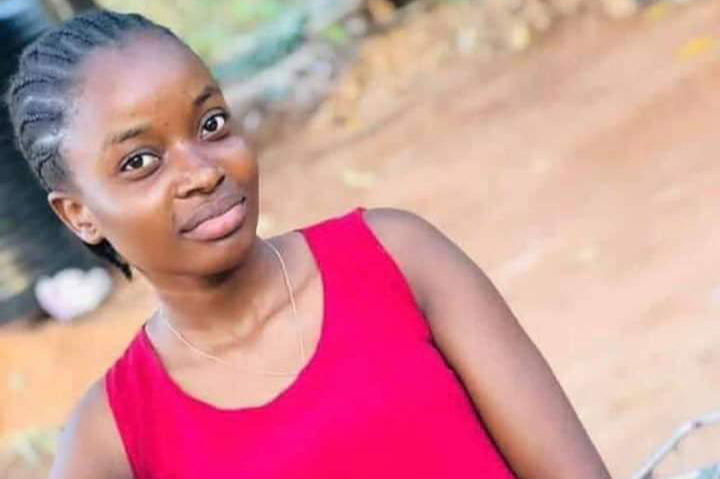 After 74 days in the custody of the Intelligence Response Team (IRT) of the Nigeria Police, alleged IPOB spy, Gloria Okolie has finally been granted bail.

Okolie landed in the Police net for an alleged relationship with a suspected member of the Indigenous People of Biafra (IPOB).

She was arrested and detained on June 17 by operatives of the Intelligence Response Team (IRT) in Imo State.

The young lady was used to lure her boyfriend who is said to be an IPOB member.

Her case, however, attracted wide attention and condemnation for the police after it was disclosed that they’ve allegedly turned her into a cook and slave in the IRT custody.

According to a human rights activist, Harrison Gwamnishu, Okolie was later discovered to be in the custody of IRT in Imo allegedly cooking and washing for the officers.

Gwamnishu also accused the police of extorting the family when they went to ask for her bail, added that Okolie was later transferred to Abuja.

He added that the police could not link the lady with any offence aside from being the girlfriend of a suspected member of IPOB.

After the story went viral, the Inspector-General of Police, Usman Alkali Baba, ordered a probe into the alleged detention of the lady.

To justify her arrest and detention, the police released a statement signed by the Deputy Spokesman of the Force, Aremu Adeniran, in which the Force claimed the arrested lady is an IPOB member and a spy for the outlawed group.

The Police said Okolie was part of the IPOB team that unleashed violent attacks on police stations, INEC offices and the killing of police officers in Imo.

But both local and international human rights organizations including the National Human Rights Commission (NHRC) and Amnesty International continued to condemn her detention by the police without been charged to court and demanded her unconditional release.

The lady herself through her lawyers, later dragged the Inspector General of Police, Baba Usman Alkali, to court over the alleged violation of her fundamental human rights.

Joined as co-defendants in the suit are the Minister of Justice, Abubakar Malami, SAN, and the Commander of IGP’s Intelligence Response Team, Tunji Disu.

She has now been granted bail by the federal high court.

Related Topics:Gloria Okolie Granted Bail By CourtJust In: Alleged IPOB Spy
Up Next