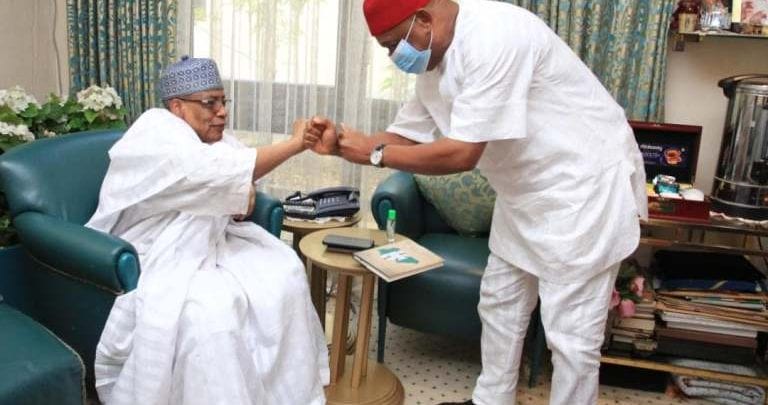 TrackNews Online recalls that in a recent interview aired on AIT on Sunday, IBB tapped Kalu as one who possesses the required traits to be Nigeria’s next President.

Kalu, in a goodwill message issued on Monday in Abuja to celebrate IBB at 80, acknowledged his contributions to nation building. He also described IBB as an accomplished and dedicated elder statesman.

According to Kalu, IBB has over the years sustained relationships across the country by building and strengthening ties among family, friends and associates. He said that the former President is a strong advocate of peaceful co-existence among all ethnic groups in Nigeria.

“On behalf of the people of Abia North Senatorial District, I felicitate with former President of Nigeria, Gen. Ibrahim Babaginda on the occasion of his 80th birthday.

“The former president has contributed immensely to the social, economic and political development of Nigeria.

“The former military ruler is a selfless, patriotic and highly detrabilised statesman.

“The country will continue to benefit from his wealth of experience in leadership.’’

According to him, having served the country in the highest position, the celebrant deserves to be celebrated for his giant achievements.

While appreciating the former president as a rare gem, Kalu urged the celebrant to sustain his patriotic efforts in advocating peace and unity across the country.

He wished the former president a glorious celebration and longer life as he serves humanity.

Related Topics:JUST IN: Orji Uzor Kalu reacts as IBB taps him for 2023 Presidency
Up Next

2023: Uzor Kalu Sends Message To IBB After He Picked Him As A Possible Buhari Successor