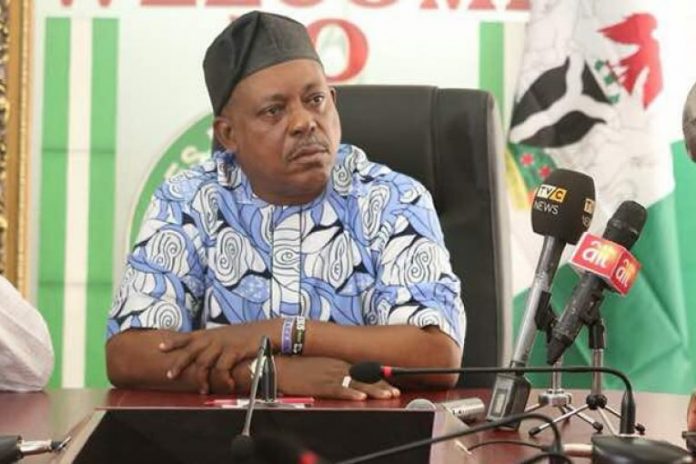 The final nail on the coffin of the tenure of the national chairman of the Peoples Democratic Party (PDP), Uche Secondus, may have been put in place, as the National Working Committee (NWC) of the party may have decided that he has to go for peace and progress to return to the party.

Ripples Nigeria reliably gathered that after its meeting, six out of nine members of the party’s NWC voted that for his infractions and seeming incompetence, Secondus has to be removed as the national chairman of the party, even as they also decided to meet with other influential organs of the party to press home this resolution.

Secondus had been in the eye of the storm as party chieftains and executives had accused him of various infractions including financial impropriety, while calling for his removal as national chairman of the party.

Only recently, a number of national executives of the party had resigned their positions and some other chieftains left the party, as they complained that Secondus was running the party aground, and that the party would not make any impact as the country moves towards 2023, if he remains at the helm of affairs.

In efforts to resolve the crisis that had hit the party over the tenure of Secondus, the party’s NWC held a meeting on August 3, at Legacy House where members sat and decided that a meeting of the body should be held on August 8, 2021 at the Hilton to further deliberate on the matter bedeviling the party.

Ripples Nigeria gathers authoritatively that the meeting held and extensively deliberated on issues bedeviling the party, especially on the matter of Secondus.

Man Feeds Hippo – Then The Animal Does Something Unexpected
Happy Read
by TaboolaSponsored Links
Inside sources inform that nine members of the NWC agreed that the National chairman, Secondus had grossly mismanaged the party, that he was highly incompetent, had factionalised the party and has lost the confidence of members of the party.

According to Ripples Nigeria sources within the party, when the matter of his resignation was said to have been put to vote, six members voted that he should resign and three abstained from voting.

The meeting therefore resolved to forward the resolution taken on the 8th day of August to the governors’ forum, the (Board of Trustees (BOT) and the PDP National Assembly caucus of both chambers.

The meeting also urged all members of the party to remain calm as the party leadership was working tirelessly to resolve the leadership crisis.

Related Topics:JUST IN… PDP NWC meetssix out of nine vote to sack Secondus
Up Next

PDP Crisis: I Won’t Resign From My Position – Secondus