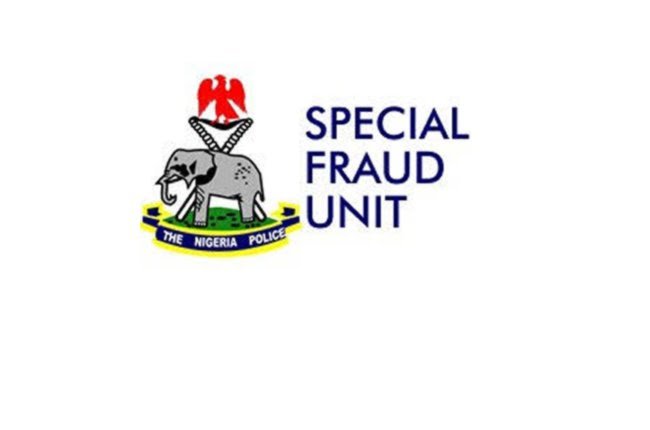 An aviation fuelling company, Star Orient Nigeria Limited, has accused the Commissioner of Police in charge of the Special Fraud Unit in Lagos State, Anderson Bankole, of stopping investigation into a N1bn fraud case.

The case, involving the company and some financial institutions, was reportedly discontinued based on a petition by one Babatunde Babalola.

TrackNews Online had reported that Star Orient conducted an audit of its operational and accounting systems and discovered secret bank accounts opened in its name.

The bank accounts were said to have been used to launder the company’s funds estimated at about N1bn.

To prosecute the suspects and institutions linked to the accounts, the company petitioned the Zone 2 Police Command.

Indicted in the investigation report of the command were the erstwhile Managing Director of the company, Dare Osamo, some members of staff of two banks, among others.

The company further petitioned the Inspector-General of Police, Alkali Usman, who instructed the SFU to investigate the matter.

The SFU’s Bank and Informal Financial Fraud Unit was said to have advanced investigation to the stage of inviting the principal actors, including Babalola.

However, the SFU police commissioner, Bankole, allegedly stopped the process, saying he received a new petition from Babalola, who claimed ownership of Star Orient and alleged that its current directors, Olanrewaju Bamgbose and Isaac Adewole, obtained N500m loan from one of the banks indicted in the case.

Following the development, the company alleged that the SFU under Bankole had become an advocate for suspects linked to the fraud; it subsequently re-petitioned the IG.

The petition, dated Wednesday, August 4, 2021, read in part, “We indeed acknowledge with enthusiasm and hope for justice the initial focus and genuine attempt at investigating the reported crimes by the Bank and Informal Financial Fraud Unit of the SFU.

“But the CP at the SFU instructively halted the investigation on the basis that he had another petition from the same Babatunde Babalola that was invited by the bank and financial fraud unit.

“We were served a petition by Mr Babatunde Babalola, claiming ownership of the company and alleging that our directors obtained a loan of N500m from FCMB.

“We could not understand how Mr Babalola would be concerned with a loan from FCMB where he is neither a director nor that of Star Orient.”

Babalola was said to have submitted a similar petition at Zone 2 against the directors of the company at the time, Osamo and Bamgbose.

The company said, “Persons found culpable in the investigation he (Babalola) sought to subvert, including the former manager of the company, Mr Dare Osamo, had been arraigned in court by the command and the Director of Public Prosecutions of Lagos State.

“While his petition was expressly handled by Zone 2 and not used to sidestep the main crime reported at the time, the CP, SFU, is now indulging him (Babalola) and other collaborators by buying time for them to stash away their loot, and make recovery difficult if not impossible, albeit using delay tactics to cover the crimes and protect the perpetrators.”

The petition further stated, “Now, it is becoming clearer that the reason for the abrupt directive to remove the case from the bank fraud unit, is to compromise investigation and subvert justice, using the cover of the phantom petition.

“As it is becoming clearer that we cannot get justice under the commissioner’s watch, we therefore request sir, that you cause the retrieval of our petition case file from the SFU in Ikoyi, Lagos.

“In your wisdom, constitute a committee to include the initial bank fraud investigation team from SFU who have historical facts of the matter to ensure diligent investigation of our petition with direct reporting to your office or the AIG, FCID, Alagbon, Ikoyi, Lagos.”

The SFU police commissioner, Bankole, denied receiving any petition to recuse himself from the case.

A spokesman for the SFU, Eyitayo Jackson, said investigation into the fraud case was still ongoing at the command.

When TrackNews Online contacted Babalola to authenticate his claim to owning the company, he said, “I own Star Orient Nigeria Limited; Olanrewaju Bamgbose and Dare Osamo are holding shares for me.”

However, the CAC incorporation document of Star Orient Nigeria Limited obtained by our correspondent revealed that Bamgbose and the erstwhile manager of the company, Osamo, were the only founding partners and directors of the company.

Pastor Who Helped Atiku, PDP During 2019 Elections Remanded In Prison