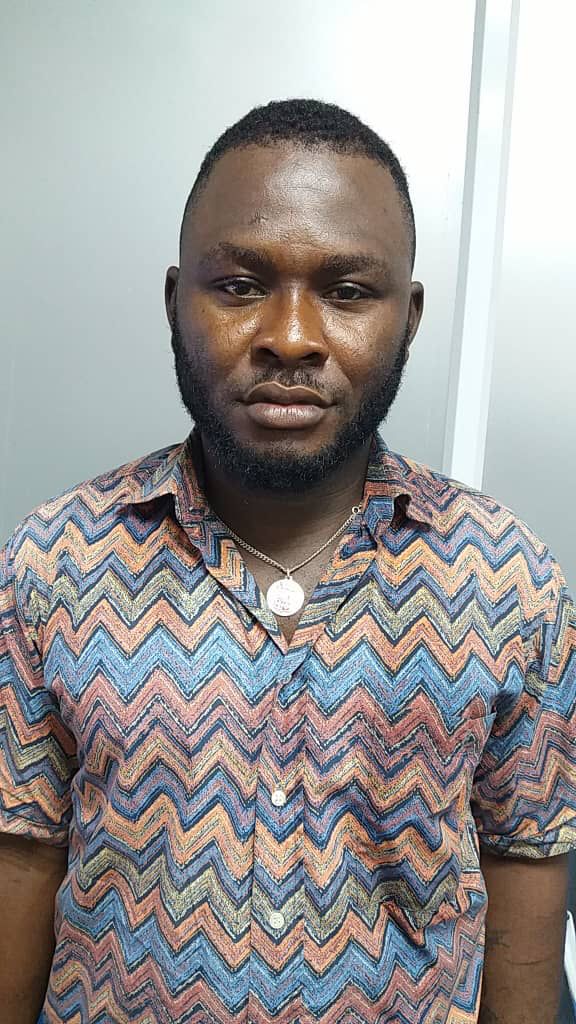 Stephen Afam Ikeanyionwu, a drug dealer was arrested by the National Drug Law Enforcement Agency (NDLEA) at a church in Ojodu, Ikeja, Lagos on Sunday.

The spokesman for the commission, Femi Babafemi, in a statement obtained by TrackNews Online said that Ikeanyionwu was being sought for his efforts to smuggle 69.65 kilograms of cocaine and other drugs into the UK through the Murtala Muhammed International Airport in Lagos.

Babafemi said operatives of the NDLEA trailed the man on Sunday, August 15, 2021, to a church in Ojodu where he was arrested while attending worship services.

The statement reads: “His arrest followed the interception of a consignment of illicit drugs weighing 69.65kg going to the UK through the Lagos airport on Thursday, 12th August, 2021.

“The illegal baggage had been sent to the airport for export through a freight forwarding company, which in turn gave a driver to deliver at the NAHCO export shed.

“Following the arrest of the driver, follow up operations and investigations later revealed the true identity of the actual owner of the consignment, Stephen Afam Ikeanyionwu, who was arrested three days later in a sting operation.”