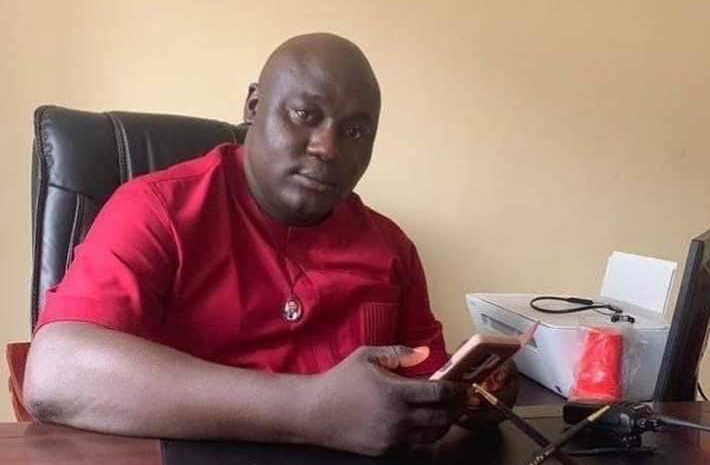 According to him, the rogue leaders have made Nigerians believe they hate one another when there is actually no hate.

The national leader of Niger Delta Youth Development Crusaders comrade. Ani John who is popularly known as Abala 1 has said Nigerian leaders have continued to push the narrative that the youths in that country hate one another so that they won’t be united against them.

Comrade Ani John who is the founder of the group spoke with TrackNews Online correspondent. According to him, the rogue leaders have made Nigerian youth believe they hate one another when there is actually no hate.

“They have no sense of patriotism, now when they begin to kill and destroy, we turn it around that we hate one another, we don’t. Even as people are dying, people are still supporting and helping one another every day, so let’s not buy that lie that our leaders are telling us. It is leadership that has failed.

“That we don’t have mutual interest for one another, leadership has failed. People are living jungle lives. In the jungle, what do you get? Cheating and killing and all sorts. The system is so corrupt that you can hardly get anything through the right door. Someone is driving a car and the police stop you with a gun and the person gives him N500 so he can pass, is that really corruption or extortion, we really need to consider this. At the end of the day, we see people being wasted for not agreeing to give, all that #EndSARS protest was about that.

“Leadership is a great responsibility and we shouldn’t allow charlatans hold leadership, we shouldn’t allow people who have no business with leadership position there but here and there, we have various posts in this country occupied by people who have no business being in a leadership position and they are destroying us and they are knocking our heads together and we are agreeing that we hate each other. I don’t hate any Nigerian, I don’t hate anybody

“The people who are carrying out killings, how well are they? Have they been brought up properly How many of them have the kind of mother that brought you up or the kind of father? A lot of the proverbs I say in this church, I heard from my father and that tells you the amount of time I spent with my father, how many of those people had one hour in a year sitting down with their father and discussing life?

“What we have are sociopaths, crazy people, mad people that kidnap and kill people. They are not people whose senses are correct. When you see a mad man throwing stones at people, you don’t say he hates, rather, you say he is sick. We have millions of sick people who need treatment, including thousands of so-called leaders who are sick and they need treatment. I hope you know that if a lot of the people leading us at the local government level to the federal government go through a psychological test, many of them will fail.

Comrade Ani John aka Abala1 use the medium to advice of the youths of the country to be aware of some self a claimed politicians who bend on only remembering the youths only during elections.

Related Topics:Nigeria Has Thousands Of Sick Leaders In Need Of Treatment — Abala 1.
Up Next