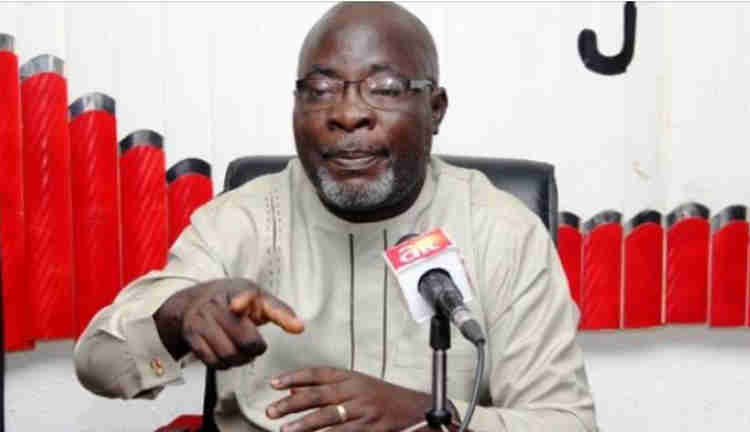 The opposition Peoples Democratic Party (PDP) has asked President Muhammadu Buhari not to disturb Nigerians with his “lamentations”.

The PDP made this known in a statement on Friday signed by its spokesman, Kola Ologbondiyan while reacting to Buhari’s statement that he did not want to leave office as a failure.

Recall that President Buhari in a meeting with service chiefs at the Presidential Villa in Abuja on Thursday vowed not to exit the government as a failure in 2023.

Speaking to State House correspondents after the meeting, the National Security Adviser (NSA), Babagana Monguno said the security chiefs briefed the president on the success recorded so far against insecurity.

“He’s (Buhari) made changes and he’s ready to make further changes if he is not satisfied. He is completely determined to ensure that there’s a turnaround in the fortunes in the theatre of operations,” Monguno said.

But according to Ologbondiyan, President has already failed Nigerians in his three-pronge promises of security, anti-corruption and economic development.

The opposition party spokesman described President’s comment as medicine after death, stressing that Nigerians have already given up on his administration.

The statement reads: “The PDP asserts that President Buhari’s veiled admission of failure, which smacks as a tactic to exonerate the APC, is an exercise in futility as the APC, which now only exists on paper, will soon fizzle from our political firmament, having shown itself as perverted platform that cannot be entrusted with governance at any level in our country.

“They have instead wrecked all sectors of our nation life with no hope in sight. What explanation can the Buhari Presidency and the APC offer for failing to decisively tackle terrorists, insurgents and bandits, who are daily ravaging our communities, killing and maiming our compatriots in various states across the country, despite the huge resources at their disposal?

“How do President Buhari and APC leaders sleep at night when they know that due to their incompetence and compromises, hundreds of Nigerians, including school children are languishing in kidnappers’ den at the mercies of their assailants and the elements?

“President Buhari has so failed as a Commander-in-Chief that non-state actors have taken over, with regions now resorting to their own security outfits while state governors, including his home, Katsina state governor, Aminu Bello Masari, telling helpless victims of terror attacks to defend themselves.

“Moreover, the Buhari Presidency cannot point to any landmark project it conceptualized, started and completed in the last six years. All it can boast of is the mortgaging of the future of our nation with accumulated N33.107 trillion debt with nothing to show and no clear repayment plan.

“More atrocious is that Mr. President is seeking to borrow additional N5.62 trillion, when he knows that he has less than two years in office.”

Anambra 2021: Why We Excluded PDP’s Candidate From Guber List – INEC