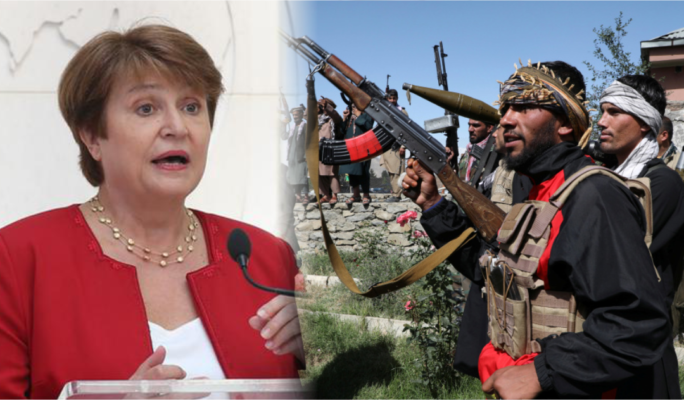 The IMF has announced it would not financially support Taliban-controlled Afghanistan due to a lack of clarity over its leadership.

The International Monetary Fund has announced it would not financially support Taliban-controlled Afghanistan due to a lack of clarity over the country’s leadership after the Taliban seized control of Kabul on Sunday.

The global financial institution disclosed this on Wednesday.

It explained that it had suspended Afghanistan’s access to IMF resources amid the political chaos and leadership vacuum in the beleaguered country.

The decision was made ahead of a scheduled disbursement of about $460 million in emergency currency reserves to Afghanistan next week.

President Joe Biden’s administration, through the U.S. treasury, put pressure on IMF to ensure that the reserves, known as Special Drawing Rights, did not reach the Taliban.

Reuters reported that the U.S. Treasury said it was taking steps to prevent the Taliban from accessing the country’s SDR reserves.

The source, speaking anonymously, did not provide details of what unfolded after Republican lawmakers sent a letter urging Treasury Secretary Janet Yellen to “intervene” at the IMF to ensure that no IMF SDRs are made available to the Taliban.

The development came after the ousted president Ashraf Ghani fled the country with $169 million on Sunday and was granted asylum in the UAE on Wednesday.

The Taliban took control of Afghanistan last week, claiming 26 of its 32 provinces before closing in on Kabul on Sunday and demanding an unconditional surrender of the government.

Related Topics:No financial support for Taliban-run Afghanistan for now: IMF
Up Next

US: 49-year-old man arrested while allegedly attempting to bomb Capitol